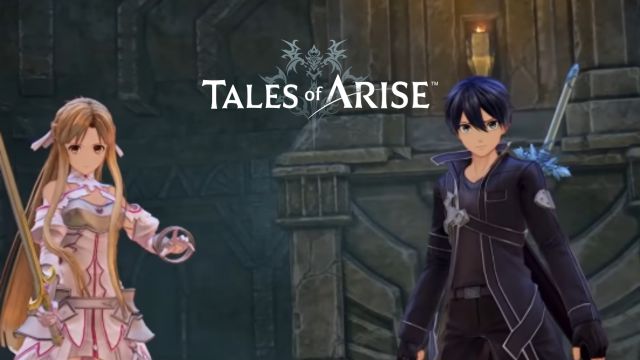 Tales Of Arise: Bandai Namco has confirmed the details and release date of the first additional content to be received by the acclaimed JRPG. Enjoy your trailer. Tales of Arise is the new installment of Bandai Namco’s JRPG saga, it arrived on PC, PS5, PS4, Xbox Series X | S and Xbox One on September 10 and taking advantage of the last blows of the Tokyo Game Show 2021, we already know how it will be your first DLC. It is a collaboration with Sword Art Online that will allow us to face Kirito and Asuna in a special battle. The reward for defeating them are special weapons such as the swords of the Blue Rose and the Night Sky, as well as new outfits and mystical arts for our characters. The content will be available from October 7. Here is his trailer.

Tales of Arise: the greatest success in the history of the saga

The adventure of Shionne and Alphen is not only the highest rated of the series by critics; It is also the most played title (62,470 concurrent users) and the fastest selling title, with one million copies in its first week. A real success, considering that it is the first episode for the next generation consoles in a saga that has more than 25 years of history.

In our analysis, in which the title had a rating of 9 out of 10, we said that it is “the most characteristic and groundbreaking game of its franchise” and we emphasized that “the fluid mechanics, the cinematic exposition of the plot, the fast combats and intense, the dynamism with which everything is presented, make this a game that not only fans of Tales of, or JRPGs can enjoy ”.