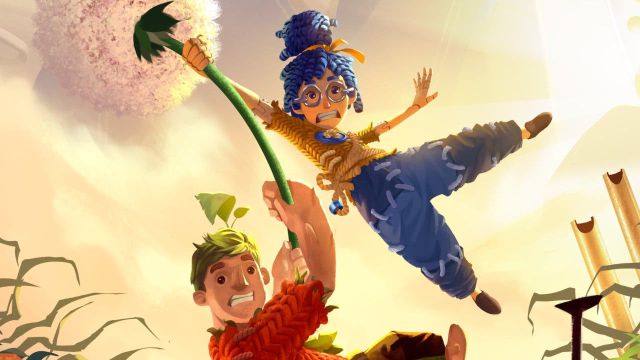 The Hazelight Studios title will once again bet on a cooperative experience; It will be the company’s longest game to date. New details.

It Takes Two, Josef Fares’ new project after the success of Brothers: A Tale of Two Sons (Starbreeze Studios) and A Way Out, (Hazelight Studios) will be the author’s longest to date. The adventure, again supported by the cooperative component, will last “between 14 and 15 hours”, declared the director of Hazelight’s work, his second project in the company, during a meeting with GamingBolt.

Although there will be no collectibles in It Takes Two, we will find a wide variety of minigames and different types of genres congenial to each other throughout this adventure, which will narrate the vicissitudes of a relationship. Cody and May will become dolls for different reasons and will be trapped in a fantastic world. Our task will be to help this married couple restore their body.

“There are many things to discover. No collectibles or that shit. This is not what we want. On the contrary, you go around, you interact with things ”, he adds. “You will find a multitude of minigames, something like 25 minigames scattered around the world that we can play with; secondary content and stuff. There are also many secrets, I hope people can find them. They are going to love it, ”he says.

Still, Brothers: A Tale of Two Sons lasted just over three hours, while A Way Out could be completed in about six or seven hours. This time Hazelight’s longest adventure awaits us in hours, also the most open and complex in playable terms: platforms, puzzles, jumps, driving, getaways …

Like Hazelight’s previous project, A Way Out, we will have a Friend Pass to play online with another person who does not necessarily have the game. Thus, this code must be downloaded by the player who does not have his copy. Then, after the invitation of the owner of the title, it will be enough to be connected at the same time to start cooperating and playing. Of course, It Takes Two can also be enjoyed in local cooperative mode.

It Takes Two goes on sale this March 26 on PS4, Xbox One, PlayStation 5, Xbox Series and PC. As for an eventual version on Nintendo Switch, it is unknown whether or not there will be a version in the future, but Fares has no plans at the moment.