Home Entertainment Take-Two Denounces Hazelight Because The Name It Takes Two Is Similar To... 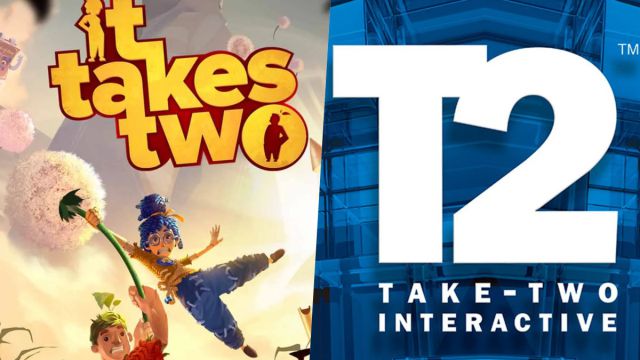 Take-Two: The resemblance of both brands triggers a legal litigation orchestrated by the publisher of Grand Theft Auto and NBA 2K. Take-Two Interactive, the publisher of Rockstar Games and 2K Games, has filed a lawsuit against Hazelight Studios for alleged copyright infringement in the use of its trademark. The North American company believes that the cooperative title directed by Josef Fares, It Takes Two, has a very similar name to his company.

In a statement sent to Eurogamer, a Hazelight representative said that the studio “cannot comment on ongoing disputes”, but the developer is “hopeful that it will be resolved” in some way. However, it should be noted that according to the United States Patent Office, the studio has dropped the It Takes Two brand. It is unknown if they will be forced to change the name of the game.

It is not the first nor will it be the last: the Take-Two strategy

Eurogamer recalls that Take Two has starred in numerous movements in this regard over the years. The American giant has taken action against names that contain words like rockstar, social club, civilization, etc. The Chinese company Starrocks knows this well, as well as small businesses, all of them in the spotlight for the same reason. The British media also includes the case of Rockstar Ax Throwing, a company based in Florida and specialized in axes, which has tried to deal with these complaints.

Richard Hoeg, a lawyer in the video game industry, has revealed that Take-Two has filed at least 25 such requests in the last three months, a figure that most video game companies take 6 or 7 in years to reach. “She is being very, very aggressive.”

It Takes Two is an action adventure video game that bases its gameplay on the cooperative element. Together, the two protagonists must face challenges, solve puzzles and return to normalcy. And what is normal for them? That of a couple about to get divorced. However, turned into little rag dolls, they will have to do everything possible to survive in their own home.

The title, available on Xbox One, Xbox Series X, Xbox Series S, PS4 and PS5, is one of the nominees for best game of the year at The Game Awards 2021.

Why did Family Guy accuse Rick and Morty of copying (What...

Jenny Mollen, a graduate of the TV series “Girls”: What do...