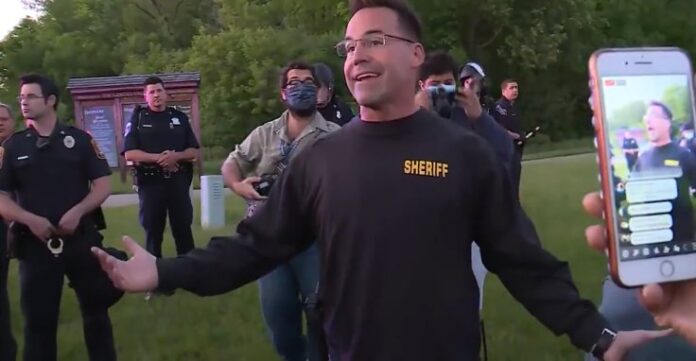 While the police violence was marked by the protests that erupted after the death of George Floyd in the USA, the images of a sheriff who marched with activists in Michigan became viral. “The police condemn what happened in Minneapolis. We’re not this,” said Sheriff Chris Swanson.

In the USA, after the black citizen George Floyd died after police violence, it was viral to take off a police chief’s helmet and join the protesters in the protests again marked by the police violence. In the incident in Michigan, Genesee District Sheriff Chris Swanson marched with the demonstrators.

In the images published on social media, Swanson joins the protesters who started to gather in front of the police station from the early hours of the morning and said, “We want to be with you. I took off my helmet and left my batons. “I want to turn this into a parade, not a protest,” he says.

Promising that the cops will not touch the protesters, Swanson says, “These cops love you, embrace people,” and then “Let’s go, let’s take action” to start the march.

The American press, with Swanson, who marched with protesters, with the end of the march, “The police condemns what happened in Minneapolis. We are not this. ” (EXTERNAL NEWS)