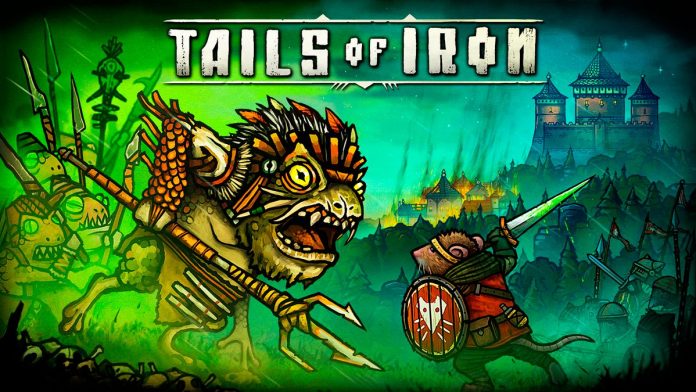 Tails of Iron: We play the demo of Tails of Iron, a challenging ARPG set in a kingdom of rats that must defend their home.In recent years, dark fantasy has been gaining position within the genre and, specifically, the grimdark. Thanks to works such as A Song of Ice and Fire or the Geralt of Rivia saga, we have contemplated a type of narrative that emerged as a response to the classic heroic fantasy. Sociopolitical conflicts that are not ascribed to good against evil, characters with gray morals fleeing from Manichaeism, and a look at epics devoid of makeup, where we are reminded that there are not always happy endings. In digital entertainment we have landmarks like The Witcher or Dragon Age, and we also appreciate this trend in other indie works. A close example is Tails of Iron, an aRPG by Odd Bug Studio and United Label that will be released on September 17 for PC, PS4, PS5, Xbox One, Xbox Series. In MeriStation we have accessed the demo of the game and today we tell you our first impressions.

Of princes and rats

Dan from Odd Bug Studio loves rats and keeps a troop of rats as pets. This rodent has a very short life expectancy, but the designer’s companions were the ones who inspired him to create a medieval fantasy role-playing title, where the protagonists are rats, in a reign that has been conquered by the empire of frogs. .

In the first episode of Tails of Iron, we enter the tune of a kind of dirty medieval fantasy, where there is no magic or dragons, but there is war, misery and socio-political tensions. We meet Prince Denís and we will experience the radical change that his life will give on the same day of his coronation. Here there will be no parties, no garlands, no bardic songs, but a sudden invasion that will take many lives. And young Denís will have no choice but to launch his newly acquired military training to save the kingdom from him.

Odd Bug Studio notes that the aesthetic of Tails of Iron is repeatedly compared to Darkest Dungeon and, although the similarities are several, each title retains its own personality. Tails of Iron, with 2D settings and characters taken from a dark fable, conveys the same sorrow as the world of Darkest Dungeon. However, in the tale of rats there is no magic, as we have mentioned before, and it is a pity that we cannot choose sorcery when shaping the character of Denís. However, we will have several armory options to specialize our warrior to our liking. Whether we want the protection of a heavy armor over the mobility of a light one, or if we want a speedy spear before the sword, in Tails of Iron we can tailor our fighting style. In addition, the game encourages the player not to remain faithful to a team, since in some encounters one type of weapon will be more favorable than another.

Tails of Iron sports a blatant inspiration from the Souls saga, both in its combat system and in its demanding difficulty. We will face a duel against one or two characters at a time, and each blow will be decisive. Rolling dodge, blocking attacks and the usual parry will be vital if we want to survive. We will carry a canteen that we will fill in the barrels on the stage, with which we will heal our health, and we will sit on the benches to save the game.