Taika Waititi: The famous director of Thor 4 for Marvel Studios continues to talk about his new movie scheduled for May 2022, ensuring that it is a real madness. Although we had already echoed similar statements in the past, once the filming of Thor: Love and Thunder has finished and in full post-production phase, its famous director, Taika Waititi, has reiterated once again that his new film “ It’s so crazy that it’s almost like it shouldn’t be done. ” This is how The Hollywood Reporter media collects it through a statement by the filmmaker in Empire magazine.

Absolute madness in the MCU

Thus, and after declaring in June coinciding with the end of the filming of Thor: Love and Thunder that it was “the craziest thing I have ever done”, now the director, screenwriter and actor Taika Waititi reaffirms his words through the number July Empire Magazine: “Well, just between you and the readers, I’ve done some crazy things in my life. I’ve lived like ten lives. But it’s the craziest movie I’ve ever made, “Waititi assures, to the point of assuring” that it doesn’t make sense. ”

“If you write all the elements of this movie, it shouldn’t make sense. It’s almost as if it shouldn’t be done. If you walk into a room and say, ‘I want this and this and this.’ Who is in it? This people. What are you going to call it? Love and Thunder. You would not work again. Maybe I won’t do it after this, ”says the New Zealand director, referring to the film’s plot and plot.

Finally, he assures that fans have to expect a movie and a story “very different” from Thor: Ragnarok. “There will be a lot more emotion in this movie. And much more love. And many more thunder. And much more Thor, if you have seen the photos ”, referring both to the official photos of the production and to the numerous graphic leaks of the filming, which only give truth to Waititi’s statements. 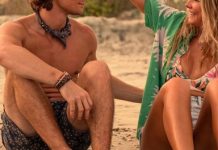 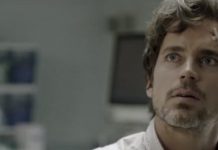 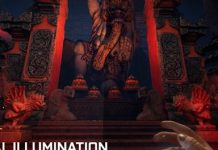