Home Entertainment Taika Waititi tells what he needs in every movie 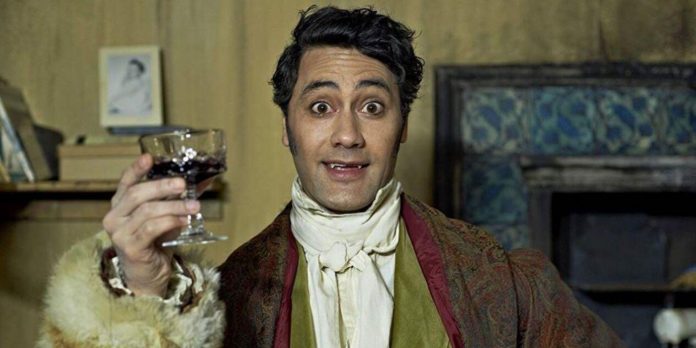 Director Taika Waititi reveals one thing that stays with him in every film he works on. At the moment, Waititi is involved in two major projects: “Lightgod”, which was released last week, and “Thor: Love and Thunder”, which will be released in July. Waititi voices the role of Mo Morrison in Pixar’s Toy Story spin-off. In “Love and Thunder,” Waititi returns to the Marvel director’s chair after the huge success of his 2017 MCU debut in “Thor: Ragnarok.” He also voices Korg, the rock friend of the Thunder God, in both Thor films.

Over the past few years, Waititi’s career and fame have experienced a significant explosion. The director hails from New Zealand, where many of his early projects were shot and set. Although he was well known in the indie community thanks to such famous films as “The Boy”, “Hunting Savages” and “What we Do in the Shadows”, it was only after “Ragnarok” that the name Waititi became a household name. Since then, Waititi has achieved tremendous success and career growth, winning an Oscar for the script for his 2019 film Jojo Rabbit and creating critically acclaimed TV shows such as Dogs of the Reservation, Bandits of Time and TV adaptations of his own What We Do in the Shadows.

In a recent interview ComicBook.com Waititi spoke in detail about one necessity for all his work in film and television. Whether it’s directing, acting, or producing, Waititi says he needs to tap into his “inner child.” Waititi claimed that he is “not the most mature person”, but brings this unique immaturity to every project, whether behind the camera or in front of the camera. Check out Waititi’s full comments below:

“I think that’s all I have. I think all I have is my inner child. I mean, I think if you look at any of my work, I mean, if you look even just spend more than five minutes with me, then, you know, you’ll realize that I’m not the most mature person. But what is maturity? What does that even mean? You know, I think maturity is stupid.

Looking at the merits of Waititi, this statement should not be surprising. Although the director’s insightful work is far from childish, it cannot be denied that many of Waititi’s projects are aimed at children. Even Waititi’s Oscar-nominated short film “Two Cars, One Night” back in 2005 was dedicated to a child, and his later films, including “Boy”, “Hunting Wild People” and “Jojo Rabbit”, also revolved around the young protagonist and largely light, comedic tone. Although all these films are certainly touching, they also convey the lively childish spirit that Waititi constantly brings with her when starting a new job.

Whether it’s the goats from “Thor: Love and Thunder,” the horrors of the Vampire Council in the TV show “What We Do in the Shadows,” or Ricky Baker roaming the New Zealand bush with Sam Neal in “Hunting Savages,” Waititi brings a sense of whimsy to his work from time to time. The fact that Lightyear is one of his current acting jobs seems appropriate, as it’s another child–inspired story that has its roots in Pixar’s beloved Toy Story franchise. When the 4th season of “What We Do in the Shadows”, the TV series “Light Year” and “Thor: Love and Thunder” were released, it is interesting to see how the director’s inner child is still working, and how this unique approach revives the famous Taika Waititi films.