Home Entertainment Taika Waititi Revealed What He Knows about GOTG 3 After Love &... 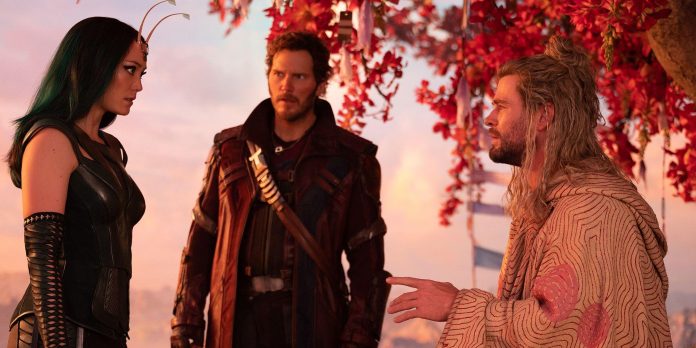 The director of “Thor: Love and Thunder” Taika Waititi tells what he knows about “Guardians of the Galaxy 3” after the creation of “Thor 4”. Together with Chris Hemsworth, Tessa Thompson, Natalie Portman and Christian Bale, the film “Love and Thunder” tells about the return of Star Lord and his crew of the Marvel cinematic universe, who last appeared in the series “Avengers: Finale”. In Love and Thunder Peter Quill/Star-Lord (Chris Pratt), Drax (Dave Batista), Nebula (Karen Gillan), Rocket (Bradley Cooper) and Groot (Vin Diesel) will appear with the Thunder God in at least one action. a sequence that was widely used in a marketing campaign.

Link: Why Gamora is not the Guardian of the Galaxy in the movie “Thor: Love and Thunder”

Having written the full script for the characters of Love and Thunder, Waititi reveals everything he knows about Guardians of the Galaxy 3: absolutely nothing. In fact, Waititi told Digital Spy that he had not even read the script of Gunn’s upcoming film Guardians of the Galaxy and had not spoken to Gunn about the film. Check out Waititi’s full quote below:

“No, I still have no idea what this movie is about. I’ve never read the script, I’ve never talked to James [Gunn] about this movie. All I did was write what I thought the characters sounded like, sent these pages to James, and he was like, “Star Lord didn’t say that.” It’s the same with Thor in Infinity War and Finale. I just came to help with the way Thor speaks and with writing the script, so “This is how Thor will appear on stage, this is how Thor will comment on it.” ”