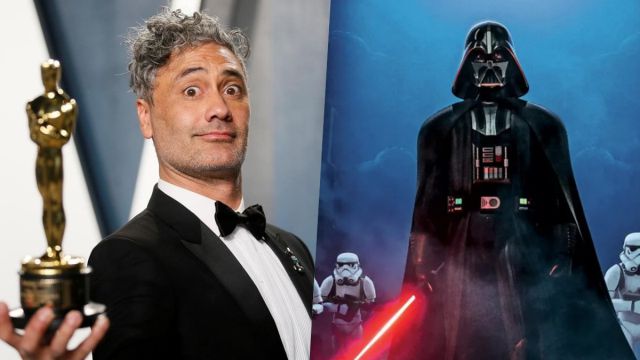 Taika Waititi: The director of Thor: Ragnarok, who has already participated in the galactic saga thanks to The Mandalorian, is working on a new film.Lucasfilm’s ambitious Star Wars plan includes numerous television series for Disney +, but also a few films. Perhaps Rogue Squadron is the one we know the most to date, considering that it is the first to be released, but director Taika Waititi is already working on his own project. At the moment, only the logo has been shown, although the filmmaker has confirmed that the feature film already has a history and that it feels very much his.

“He’s still in outer space,” he joked in an interview with Wired UK. “But we have a history. I’m very excited because it feels very mine ”. And he adds: “I tend to walk down that little alley of honesty in all my films. I like to confuse viewers and make them believe that ‘oh, this is it’, then they say, ‘Damn, you made me feel something.’

Nothing is known about the film that Taika Waititi and his team are preparing at Lucasfilm. The cast has yet to be announced, but it has been confirmed that Krysty Wilson-Cairns is also writing the script. By the type of cinema that Waititi usually does, it is assumed that he will add a layer of humor, something that the saga has always embraced. In fact, in the episodes that he directed of The Mandalorian, there was always room for a few gags, even though the story he told was serious enough that they were some of the darkest chapters of the Mandalorian.

The success of The Mandalorian has completely changed Lucasfilm’s plans regarding its future strategy. There are currently a good handful of confirmed series, in addition to Star Wars: The Bad Remittance, whose first full season is now available on Disney +. It will be followed by The Book of Boba Fett, The Mandalorian season 3, Star Wars: Andor and Star Wars: Obi-Wan Kenobi.

Elden Ring is a sequel to Dark Souls according to George...