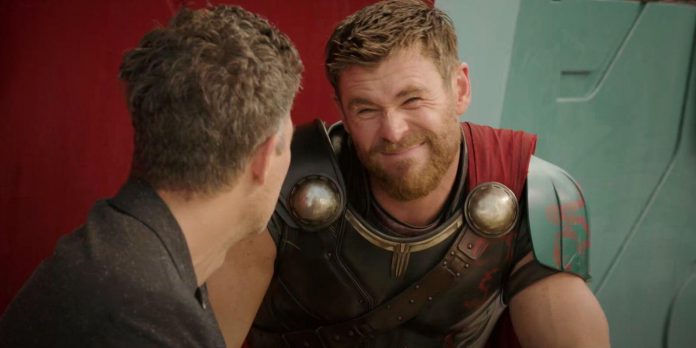 Taika Waititi says he enjoys trolling fans of the Marvel Cinematic Universe because of their Thor theories. After working on the 2017 film “Thor: Ragnarok”, Waititi again headed “Thor: Love and Thunder”, which is released in July. Expectations for the film are high, as Waititi is widely credited with reviving the Thor franchise through a third film. “Ragnarok” offered a more irreverent look at the hero’s story, and based on trailers and other footage from “Love and Thunder,” the new film should do the same.

However, Waititi and the stars of the film tried not to reveal the main points of the plot. For his part, Waititi promoted the novel “Thor: Love and Thunder”, stating that the film does not shy away from the genre. He also talked a lot about Natalie Portman’s role as Jane Foster/The Mighty Thor wanted to give her more work after the first two Thor films. In addition, Waititi teased Thor’s state of mind in “Love and Thunder”, explaining that he is, in fact, going through a midlife crisis.

On the topic: The theory of love and thunder: Thor will become the god of all gods

In general, it is clear that Waititi is excited that the audience will see the upcoming film. However, it seems he can’t help but troll them a bit. In an interview with The Late Show with Stephen Colbert, Waititi was asked if he ever indulges in fan theories, of which there are plenty in the MCU. Read Waititi’s answer below:

I like to listen to the fans, and then I like to troll the fans a little bit because it just brings me a little bit of joy, just a little bit. I don’t have many joys in life — I have kids and trolling fans. When I was shooting Ragnarok, there were a few people who didn’t know what I had done and what I had done before, and they said, “He’s going to ruin Thor,” and I said, “Oh, I’m going to ruin everything right. Oh, 100%, I’m going to screw it up.” And then I would say something like, “You don’t know what you want until I give it to you,” and so on. I know it’s rude, it’s rude. But it’s true.

While it sounds like Waititi is at least partially joking, he has a history of fooling around with Thor fans online. While superhero movie audiences are a passionate group of people who sometimes take things too seriously, Waititi has always succeeded in teasing them without crossing the line into ridicule. This sensitivity is evident in “Thor: Ragnarok”, where the main character often becomes the subject of jokes, but as a result becomes more cute, and does not look stupid.

Given the popularity of this movie, which is largely considered one of the MCU’s strongest offerings to date, it’s funny to hear how some fans thought Waititi was going to “ruin” the franchise. Instead, the exact opposite happened: the success of Thor: Ragnarok led to Thor becoming the first Avenger to receive four solo films. Due to the fact that the release date of the movie “Thor: Love and Thunder” is fast approaching, new fan theories are at an all-time high. It will be interesting to see which ones come to fruition when the film debuts in July.