Home Celebrity Taeyeon’s father dies, How important was it in her career 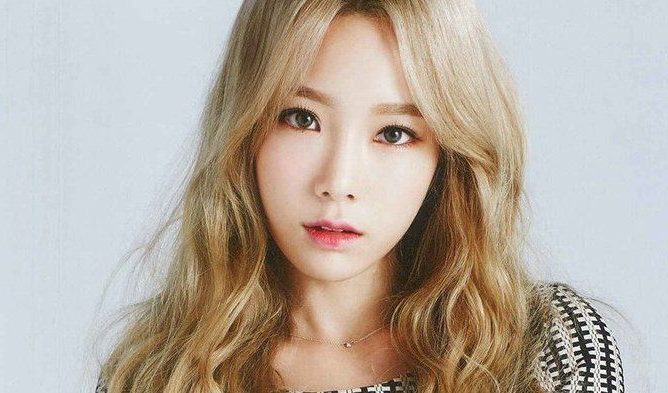 Taeyeon’s father dies, How important was it in her career. We will tell you who the singer’s father was, the role she played for her to fulfill her dreams and in her heart.

Kim Jong Gu , Taeyeon’s father , left this world suddenly on March 9, due to a cardiac arrest as reported by Edaily, the singer’s representative company went out to inform fans that …

“We inform you that the release of Taeyeon’s new ‘Happy’ single and her music video scheduled for today will be postponed.”

And it is that every time the singer of ‘The Rain’ turned years, towards a meeting with her followers, but because of the contingency that Korea is going through with COVID19, she decided to launch the track that talks about the things that make her ‘happy ‘.

The singer had repeatedly talked about the importance of her family in her career , which meant a lot to her the impulse that from the predebut showed, not only that, this left impacted fans, because they believe it is a very sensitive moment , more because Taeyeon has been the victim of different attacks by netizens, for their relationships, behavior, for a car accident, simply for being her.

They fear that the idol acted against her because of how things have been linked, by the early departure of her friends, Jonghyun and Sulli.

Everyone, I'm sad to say that today, on her birthday, Taeyeon's father passed away due to Cardiac arrest. Please, Sone, Taeganger and even fans of other groups… Even if you don't like Taeyeon or SNSD, please help support Taeyeon and her family through this hardship as losing such a close family member is no small matter and can be heartbreaking. Please send their family support and love and show Taeyeon we're thinking of her. May Kim Jong Gu rest in peace and may Taeyeon's family get through this crisis safely. We love you so much Taeyeon and I hope you get through this okay. #taeyeon#taeyeonkim#taeyeonfather#restinpeace#weloveyou#sone#taeganger#kpopsad

WHO WAS TAEYEON’S FATHER AND WHAT DID SHE REPRESENT FOR HER?
The relationship between parents and children depends a lot on the circumstances, and Taeyeon enjoyed a great connection with her dad , who, although he liked that his daughter who was heading towards Korean entertainment and seeing her talent did not hesitate to support her until What is today?

As we mentioned in the singer’s birthday note , since she was in high school, she moved from her hometown of Wansangu, in Jeonju, South Korea, to the capital every Sunday, an approximate journey of 4 hours, to get to the academy ‘SM Academy’ , owned by the company SM Entertainment.

The father of Taeyeon at that time did not agree with the idol became a singer , when the director listen Academy singing the girl, the same he told the father that was very good and persuaded her to continue attending to her vocalization practices.

After that and she attended 3 years of singing lessons and signed with the company in 2004, since she won a talent show, her training period before debuting was 3 years.

Girls’ Generation debuted and on multiple occasions the singer talked about her father during the promotions, she always thanked her family and all the sacrifices they made for her to be an idol , she worked showing her best so that her neighbors were Proud of her and give them a lot of pride.

Taeyeon has always been very secretive throughout her career and there were many theories that her father was already in serious condition a few years later, the singer took time off from her career during 2018-2019 but this version was never confirmed.

TAEYEON’S FORTRESS
Undoubtedly it is a very strong blow for the singer who has always been clear about her state of mental health , has talked about issues such as depression and loneliness, as she is working with it.

The fandom is sending her messages of strength and support, netizens are recognizing the force with which Taeyeon is taking the events that have affected her life.

WE WISH HER AND HER FAMILY PROMPT RESIGNATION.

TikToker Apologizes to Clayton Richard and Susie Evans After Doubling Down...