Home Celebrity This is why Taehyung and Jungkook never fought 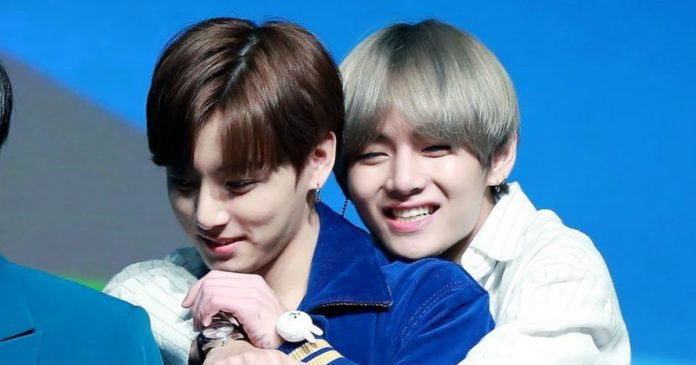 This is why Taehyung and Jungkook never fought. These BTS guys discovered their friendship very early, that’s why in their story there is no fight.

There are many idols who during their time as trainees have had confrontations due to misunderstandings with their peers , generally these confrontations are not serious but after having debuted, the artists remember those feats as fun events that at the time were full of tension .

One of those cases was the epic fight that V and Jimin had while they were arguing over food , but on the contrary, there are also idols who from their first moments together realized that they had a good friendship in front of them.

That is the situation that V and Jungkook lived while they were still training to debut, unlike the difficulties that V and Jimin had because they both have a strong character, Taehyung assures that he never fought with Jungkook , since they were like adventure companions .

These idols used to get into trouble together , and they got out of them the same way, so in addition to having fun and being together, they also created a special bond after living many situations side by side.

Whether he was arguing with Jimin or having fun with Jungkook , V found two great friends in them who eventually became staunch. Plus, the differences in each other’s personality add even more fun to the group.

See Also
Jungkook reveals his tattoo during the choreography of 'ON'

Restored an iconic place for Superman

The CW officially ordered the reboot of the suspense series