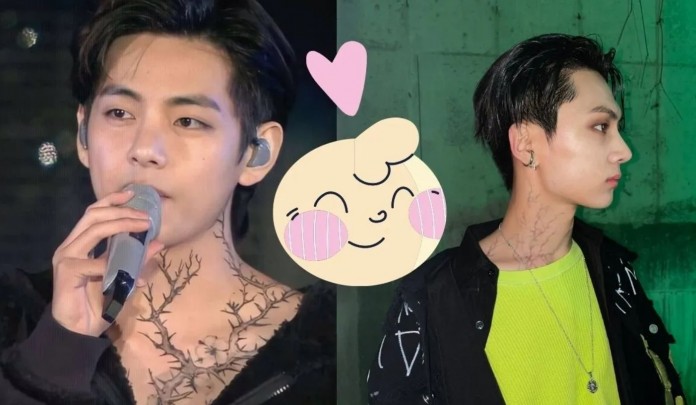 Is there anyone more a V fan than ENHYPEN’s Jay? Once again the rapper spoke of his admiration for the BTS singer.

BTS’s Kim Taehyung became the inspiration for ARMY, but also for his colleagues from other K-Pop bands like ENHYPEN’s Jay, who once again showed his love and admiration for the Butter singer.

BTS and ENHYPEN are sister K-Pop groups that, since before the debut of the second, had interactions that marked their friendship and the idols with more experience gave them invaluable tips for the stages.

Perhaps one of the ENHYPEN members who has the most admiration for BTS’s V is Jay, who every time he is asked about his role models, he does not hesitate to comment on the name of the Big Hit star.

As part of the promotions for the album Dimension: Dilemma, the Upper Side Dreamin ‘performers held a fansign where they asked Jay who the Bangtan Sonyeondan member was that he would like to be closest to.

ENHYPEN’s main dancer didn’t take long and replied with the name Taehyung, a response that fans were expecting because on different occasions he confessed that the idol was his biggest inspiration.

Recently, in an ENHYPEN interview for ELLE magazine in its Japan version, Jay mentioned Taehyung as a role model, because because of his constant work and talents, he positioned himself as a world celebrity:

I want to continue to enjoy my work and become as cool and important an adult as my role model, BTS’s V.

BTS AND THEIR BIG IMPACT ON JAY DE ENHYPEN’S CAREER

In the past, Jay assured that he was not interested in making a career as a K-Pop idol and after his first attempt, he left that dream behind, until he heard Blood Sweat and Tears and then everything changed, because he felt something powerful.

Millie Bobby Brown revealed that she bonded with her dog!