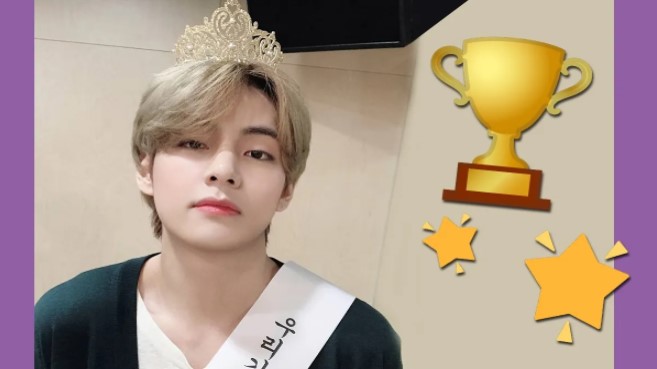 BTS’s V continues to achieve success and it is all thanks to his talent, but also because of the great support he receives from ARMY, which is why he stood out on Billboard once again.

Although the guys from BTS are on hiatus, we haven’t stopped getting some surprises from the artists at BigHit. One of the recent releases that ARMY enjoyed was by Taehyung and was a long-awaited K-Dramas OST.

Christmas Tree accompanies the story of Our Beloved Summer, a production starring precisely his friend Choi Woo Shik, the track revealed some advances within the episodes, but when it was finally released officially it became a success.

Just days after its release, this melody has just debuted in the first position of the digital sales ranking and here we tell you why this is so special.

When Taehyung’s Christmas Tree entered the chart of the best-selling songs in the United States according to Billboard, the idol of BTS became the first Korean soloist to debut in the first position, something that had never happened before with a single K song. -Pop.

Thus, the OST for Our Beloved Summer became the first Korean song to top the chart from the moment it was entered. Wow

BTS IN NUMBER 1 OF THE DIGITAL SONGS CHART

In reality, before V reached that mark, Suga had already positioned himself at number one in said ranking, however, the rapper’s achievement occurred with collaborations that he previously launched.

Now that Taehyung owns this brand, we will probably see some of the upcoming releases of these idols repeat the amazing feat with the affection of his fans, don’t you think?

We recently also told you about a track that Yoongi gave that excited everyone at the possibility of listening to a new Agust D mixtape, what did he say?

Watch the preview of the new in “The Walking Dead”