Home Entertainment Taehyung and Yeontan Are The Cutest Duo, Today We Celebrate Tannie 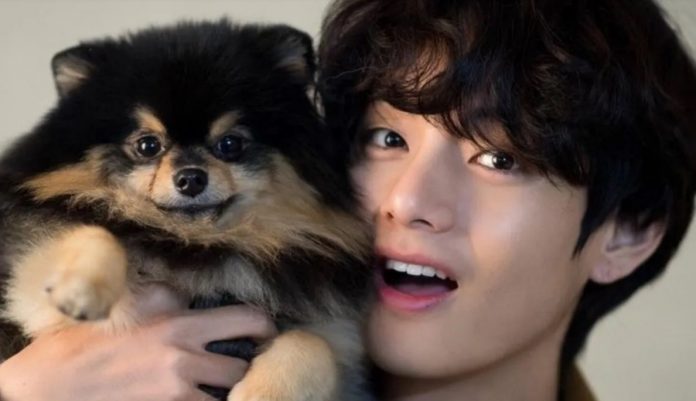 Taehyung’s pet Yeontan turns one more year, let’s look back at some of his most adorable moments. The huge BTS fandom is celebrating Yeontan, the little dog who was adopted by V a few years ago and who has won the hearts of everyone who knows him.

Yeontan , also known as Tannie thanks to an adorable nickname, is a small Pomeranian breed dog , a species that has among its qualities being intelligent and affectionate. This pet became V’s adorable companion, so we often see him alongside the idol and the other BTS members.

Taehyung gets an extra dose of joy thanks to Tannie and that’s why the puppy gets all the love, not only from Bangtan Sonyeondan idols but also from fans around the world.

Proof of them are the birthday events that are celebrated in his honor, today is one of those special days for this pet and that is why the hashtags # 4YearsWithYeontan and #HappyBirthdayYeontan have been used in social networks.

WHEN DID V ADOPT YEONTAN?

The first time Tannie appeared in front of fans was in 2017, the idols of BigHit were doing a live broadcast for Jin’s birthday and behind a glass door appeared Taehyung, who after looking for a few seconds raised his hands and let little Yeontan see.

The puppy has health problems from birth, but that does not affect him to be a totally happy and affectionate being, because in addition V hired a personal trainer to take the best care.

It is said that its name is a combination of two words, the first part would correspond to the term with which the blocks of coal are called in South Korea and that is due to the color of their fur, but it is believed that the termination is due to the word Bangtan.

4 ADORABLE MOMENTS OF YEONTAN WITH BTS

1
Due to the constant coexistence that Tannie has with the BTS boys, it is common to see them having fun together.

One of the members who play with him the most is J-Hope and that is why we love to see them having good times in their day-to-day life. AWW!

2
Undoubtedly one of the things we love the most is seeing Taehyung happy with his puppy, but they are the ones who enjoy these moments the most.

Just seeing V laying next to his pet is enough to show how adorable they are and how well they complement each other.

3
ARMY has seen Tannie since he was a little puppy and if we now watch the past clips of the cute little dog we can see how much he has grown.

There is no doubt that Yeontan is very happy and his joy is present in front of the cameras.

We can’t forget about this moment where Jimin and Yeontan had fun during a live broadcast and melted the hearts of the fans.

We recently also told you about a song that BTS created especially for ARMY, what is the story of Telepathy?

Diablo, Call Of Duty And More: See The List Of New...