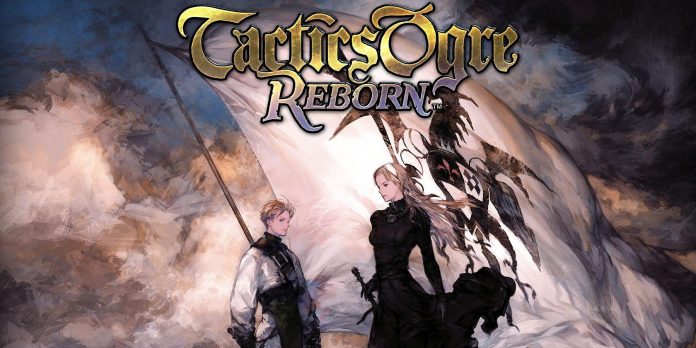 Screenshots and details of the description of the 2010 PSP Tactics Ogre remake for PS4 and PS5 were recently published by PS Deals, a PlayStation Store tracking website. Along with a description of the remake’s features, the leak also revealed the release date of the Square Enix remake.

Tactics Ogre: Let Us Cling Together was originally released in 1995 for the SNES, and was later ported to the Sega Saturn and PlayStation. The second of five games in the Ogre Battle series of tactical role-playing games developed by Quest Corporation, the franchise is now owned by Square Enix. Tactics Ogre is perhaps best known for inspiring the later FInal Fantasy Tactics by Square, which is considered one of the best games in the entire Final Fantasy franchise. Tactics Ogre: Let Us Cling Together was re-released by Square Enix in 2010 for the PSP.

The leaked information was revealed by PS Deals, a price tracking site that uses the PlayStation Network backend to find the best deals on PlayStation games. The list of games on PS Deals is called Tactics Ogre: Reborn and contains entries for both PS4 and PS5 with a release date of November 11. The remake, apparently, will include numerous gameplay changes, in particular, a redesign of the class system. Instead of management and development being tied to classes, the game will use a unit-by-unit format similar to many modern tactical role-playing games. The remake will include improved AI, an auto-save feature, a faster combat system, as well as redesigned graphics, controls and user interface. The soundtrack was also re-recorded using live instruments to replace the previously synthesized soundtrack.

A possible PC release may also be in the works, as Tactics Ogre: Reborn was mentioned as part of last year’s infamous Nvidia leak, which generated a lot of rumors about potential future games. The 2018 PC ports of God of War, Uncharted: Legacy of Thieves Collection, Square Enix’s Final Fantasy 7 Remake, Chrono Cross remaster and Kingdom Hearts 4 are all titles that were listed in the leak, which has now been confirmed. The leak also revealed other previously unannounced games, such as Crysis 4, Warhammer 40,000: Space Marine 2 and Street Fighter 6.

In the last few years, Square Enix has experienced a series of remakes: Final Fantasy Pixel Remaster significantly changed the original six games along with the ongoing trilogy of remakes of Final Fantasy 7. According to leaked data, Tactics Ogre: Reborn will be released on November 11, 2022.

The original Tactics Ogre is available for PSP, PS1, Sega Saturn and SNES.