Home Entertainment Tactics for those who don’t want to know an opponent in Apex... 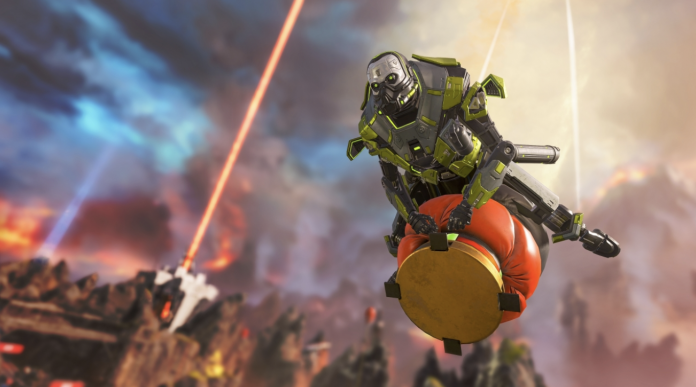 Since Apex Legends is a Battle Royale game, you need to apply many tactics to hunt opponents. Here are those tactics…

Apex Legends has been loved and played by a certain bone mass since its release. Although it slowly lost the popularity it created on the first day, it is still remembered in the Battle Royale world. Especially with the gameplay mechanics and fast structure it offers, it is a very good production in connecting the players to it.

In order to better play Respawn Entertainment’s popular Battle Royale game, you need to know some tactics. We have brought them together in this content. Here are the tactics that will improve your gameplay in Apex Legends…

Apex Legends rewards aggressive players with its fast pace. Focus on closing the gap between you and the enemy as you fight, rather than leaping out of cover, repelling, reloading, and waiting for opportunities to heal during battle. Do some exercises for this.

When you kill a person, you should loot the items that fall on the ground as fast as possible. During this time, you should not stand still. Be very disciplined at this time. Be careful not to look back a second time. Because the more time you lose, the more the enemy will attack you when you are most vulnerable.

Get well positioned during battle

Good positioning means an advantageous vantage point over your enemy. Thus, you can distinguish the enemy while the enemy cannot see you. And that evokes the point that you are 1-0 ahead against him. You can kill the enemy in front of you with a sudden and clear fire without giving the opportunity for equality.

Apex Legends added a permanent mode with the 9th season. This 3-on-3 turn-based modification puts players into battle on an iterative basis. Thus, it offers you a very good opportunity to learn how to survive in production.

Get off to a strong start with a good landing

It is very important to decide where to land in Apex Legends. If you are landing in an area where the enemies are dense, you need to knock down your opponents quickly.

Use the Ping system for effective communication

You can ping many weapons or ammunition in Apex Legends. At this point, the aim is not to allow any disconnection with the team arising from the lack of voice communication. Because the problem between you and your teammates may cause you to lose the game or you may play worse as an individual.

Consult your teammates on graphics settings

It is very important that you run the game as smoothly as possible. Your graphics settings also play a strong role at this point. Because the freezing problem arising from instant FPS drops can cause you to fall behind your opponent. This will cause you to perform poorly throughout the game. In order to prevent this, it is useful to ask your experienced friends about the graphics settings.

What tactics do you guys use to be successful in Apex Legends? Do not forget to share your ideas with us in the comments section.