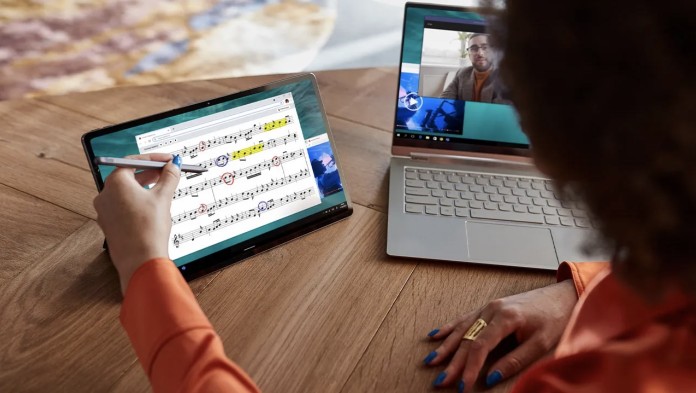 Android is an operating system used by many people around the world. It has become indispensable for most users, especially with the support of Google. Although it is very famous on phones, it is not so in big screen mobile devices.

Android 12L was announced in the past months. In the statement, it was announced that the new version will be used on foldable phones and tablets. The company is currently working on the beta of Android 12L and aims to release the beta next month. However, Lenovo added a developer preview of Android 12L to its new tablet, Lenovo Tab P12 Pro, before the public beta.

In this way, Android can get rid of its recent decline compared to iPadOS and attack again. Although Lenovo offers the Android 12L operating system, it should be considered before using it. Since this version is a developer preview, some parts of it have bugs or do not work. This may cause difficulty in using the device.

At least, the company also thought of users who were not satisfied with this situation. If you want, you can go back to Android 11 when you buy the device. In this way, you can use the normal version without using the Android 12L developers version. The device is currently not available in most places. It is expected to become widespread in the coming weeks. Lenovo Tab P12 Pro offers us nice features. It has Snapdragon 870 processor inside. In addition, the device, which offers us a 12.6-inch screen, has 8 GB of RAM. When we come to the contents of the box, unlike other tablets, it comes with a keyboard cover and Lenovo Precision Pen 3. So what are your thoughts? Do you think Android tablets are useful? Do not forget to leave your comments and opinions below.

Sony creates TV series and movies based on games