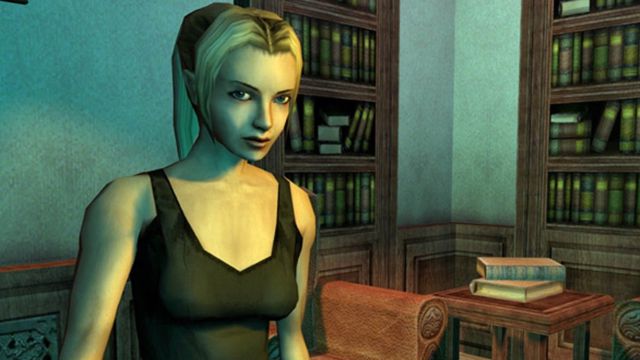 System Shock: Although they have talked with Nintendo, to date they have not been able to get the green light to work on the project. Nightdive Studios is working on the System Shock remake, but they are also responsible for modernizing classics for current systems. That is the case with Turok or Shadow Man, but it does not seem that the same will happen with Eternal Darkness: Sanity’s Requiem. Stephen Kick, CEO of Nightdive, has assured that they have hit a wall when they have tried to convince Nintendo to let them handle the remake.

The horror title developed by the now-defunct Silicon Knight studio was published by Nintendo, so they own the rights (and renew them periodically). Eternal Darkness originally saw the light of day on the GameCube, and although there have been rumors of possible sequels, to this day it has never materialized.

“We have had talks with Nintendo over the years to remaster a few of their games, but they have always been reluctant to work with third party developers even after we released the first N64 games ‘on their’ platform” . According to the manager, Eternal Darkness is at the top of his list.

The sequel that does not come

Shadow of Eternals was going to be the spiritual successor to Eternal Darkness. Denis Dyack, the original director, was going to oversee the project, but the crowdfunding campaign was not supported on Kickstarter. Precursor Games tried to develop it for PC and Wii U, but the project was left in limbo when after the failure of the campaign.

The statements about Eternal Darkness have come against a background of Nintendo announcing the permanent closure of the Nintendo eShop on Wii U and 3DS. After March 2021 there will be no possibility of acquiring any titles in the digital stores of these consoles, so some video games will be lost, since they are not available on any other platform.

Spider-Man: No Way Home Will Be Like Avengers: Endgame, According To...

Classic rock is the most expensive musical genre that can be...