Home Celebrity Synopsis of episode 83 reveals new mysteries for everyone 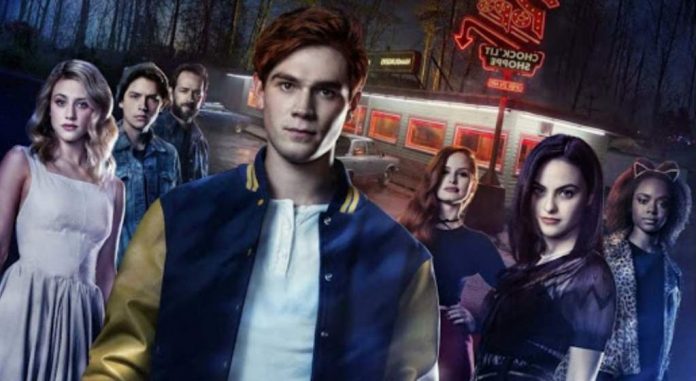 Riverdale has firmly placed itself within a new status quo, after a significant time jump pushed the events of the series seven years into the future and its fifth season promises to uncover more mysteries than ever.

As Riverdale fans have already seen, that time jump has resulted in some unexpected new pairings, character details, and new mysteries, all of which will only continue in the next few episodes.

To preview exactly what’s in store, The CW has released a new synopsis for Chapter Eighty-Three “Fire in the Sky,” which will be the seventh episode of the fifth season of Riverdale.

On the other hand, the synopsis explains that following in the footsteps of his grandfather Artie, Archie (KJ Apa) begins to recruit Riverdale’s new volunteer fire department. Toni (Vanessa Morgan) tries to get Cheryl (Madelaine Petsch) out of Thornhill and returning to everyday life in Riverdale creates more tension between the two.

In turn, Betty (Lili Reinhart), Alice (Mädchen Amick) and Kevin (Casey Cott) are led by the latest investigation into a conflict with Hiram (Mark Consuelos). Finally, when Veronica (Camila Mendes) shows up with a risky plan to support local Riverdale businesses.

Likewise, Jughead (Cole Sprouse) and Tabitha (Erinn Westbrook) begin to unravel an old mystery surrounding some strange sightings in the city. The new episode of Riverdale hints at some plot points the series has teased for a while, notably the idea of ​​Archie running the new fire department.

It will also be interesting to see exactly what investigation Betty, Alice, and Kevin are involved in, as previous synopses have hinted that it could be related to Polly Cooper (Tiera Skovbye) and her heartbreaking secret double life with the Ghoulies.

The idea of ​​Jughead and Tabitha’s double mystery is also interesting, as this week’s “Back to School” episode preview surprised fans by teasing Mothman. Don’t forget that the new episode of Riverdale will premiere on March 10 on The CW and later on Netflix.

“I think one of the hallmarks of Riverdale, has been that it is not a procedure. Each episode is its own genre and is constantly reinventing itself,” said the showrunner.