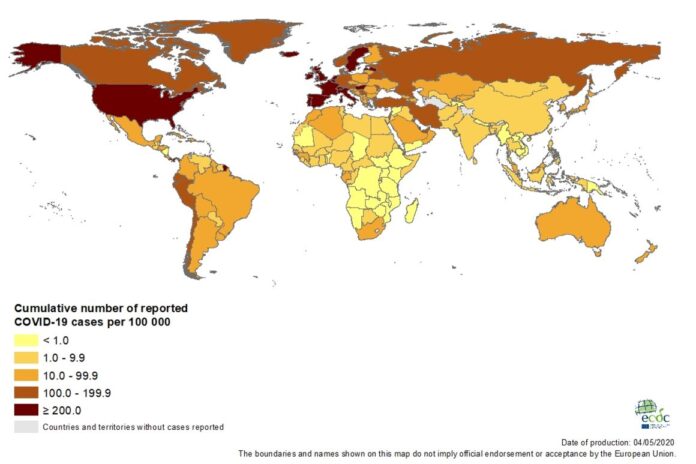 Dr. working in Russia. In his statement, Vladimir Zaytsev explained the symptoms that have started to appear on the 2nd or 3rd day of coronavirus patients. The doctor said that feeling like “hang out” without drinking alcohol can be a harbinger of the virus.

One of the biggest reasons for the COVID-19 virus to spread so quickly is shown as the symptoms appear too late. That is, the person infected with the virus infects other people, without realizing that he is sick for 12 – 14 days. At this point, the senior otolaryngologist who made some explanations. Vladimir Zaytsev explained the early symptoms of people suffering from a new type of coronavirus.

The Russian doctor said that in people infected with the COVID-19 virus, symptoms such as “hangover” may occur early in the disease. “If you didn’t drink alcohol the day before and suddenly feel weakness, heaviness, onset of malaise, tremors, eye pain and increased fatigue, and your body temperature doesn’t reach high values, these symptoms may indicate that the disease is beginning to develop,” Zaytsev said.

Symptoms begin to appear within 2 – 3 days
Stating that the symptoms started to appear within 2-3 days as a result of the studies for the coronavirus, Zaytsev stressed that the virus later descended into the trachea and caused voice change and choking attacks. Stating that the lungs and especially the bronchi begin to be damaged in the absence of treatment, the Russian doctor said that serious symptoms such as spasms and air failure occur.

Take your precaution even in the slightest doubt
Although it may seem bad to start symptoms early, it’s actually a very positive development. The sooner we detect a virus, we can reduce its spread rate in the same way. For this reason, if you have the symptoms mentioned above, we suggest that you seek help from health institutions and quarantine yourself in this process.

A Man Wants To Deliberately Spread The Corona Virus It Was...

Weekly horoscope from August 10 to 16

Samsung Galaxy Buds+: does that PLUS in the name make sense?...

Jordyn Woods radiant: these selfies that make everyone agree!

Scientists Come Closer to Solving the Greatest Mystery of the Formation...