Home Entertainment Sylvester Stallone responded to the statements of the former Jennifer Flavin and... 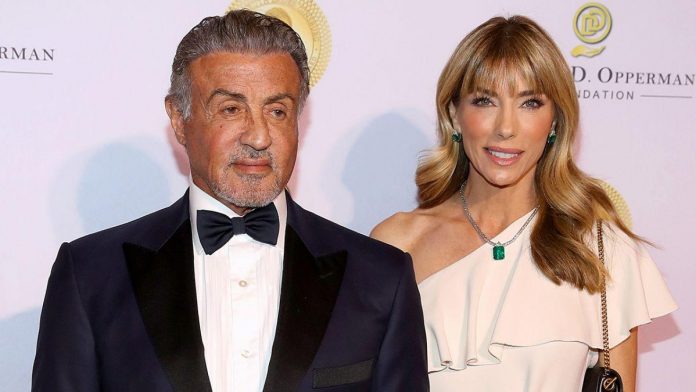 It’s been less than a week since it became known that Sylvester Stallone and Jennifer Flavin are going to divorce, but a lot has happened in that time. New tattoos, new dogs and, of course, money are all part of the divorce, which has now become a legal issue, and now Stallone has responded to accusations that he spends money excessively.

Jennifer Flavin’s initial divorce filing accused Sylvester Stallone of “deliberate embezzlement, depletion and/or embezzlement of family property.” In short, Flavin accuses Stallone of spending the couple’s money, in part to make sure he doesn’t have to share it with her as part of the divorce decision. Flavin’s lawyers asked to prohibit Stallone from selling property or otherwise spending jointly acquired property. Stallone’s legal team has responded to these allegations, and according to People, Stallone claims that he did not participate in such behavior.

Jennifer Flavin has demanded an “unequal” portion of the family estate due to the alleged egregious spending that Stallone is accused of, so these accusations will go to the heart of the upcoming divorce litigation. The judge will most likely rule on the request to prevent the Rambo star from spending money in the near future. It is not uncommon to impose restrictions on expenses during the divorce process.

Two dogs at the center of the Stallone-Flavin divorce

Rumors of trouble between Stallone and Flavin began to spread when it became clear that the tattoo on the arm of the actor Rocky, who was once his wife, was replaced with a tattoo of a former beloved dog. Stallone recently got a new dog, which has also become part of history.

There was a rumor that caring for a new dog was the reason that Flavin decided to file for divorce. And although it seems that there were some disagreements between them about the care of the dog, Stallone stated that the dog itself was not the reason for the divorce. While it’s possible that the dog was the problem, it’s clear that Stallone and Flavin have been having problems for some time.

All about the career of Daniel Durston from BB 24 as...