Home Entertainment Sylvester Stallone got a new puppy, watch the adorable video of the... 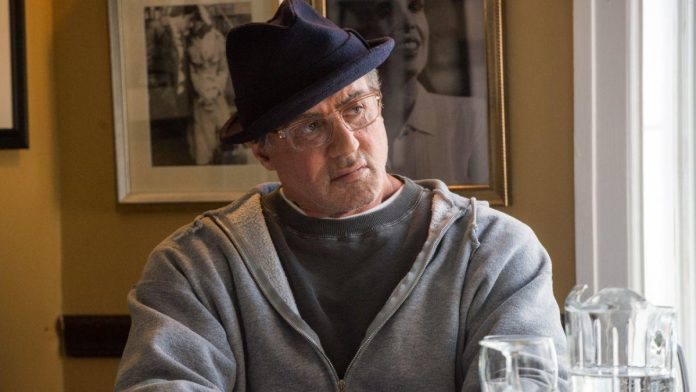 There’s nothing better than seeing an actor known for playing tough guys become a complete softie when he’s around his dog. Sylvester Stallone once owned the bullmastiff Butkus, who appeared in the first two Rocky films. Now, more than 40 years later, the “Expendables” actor has a brand new puppy, and there is a charming video featuring these two.

The 76-year-old actor has got himself a new “four-legged friend” in the form of a giant puppy. Sylvester Stallone posted a video on Instagram showing him stroking a happy Rottweiler, whom he named Dwight after his character in the movie “Tulsa King”, which comes from Taylor Sheridan from Yellowstone. In the video, the star asks how to wash his new pet and whether he gets along well with people. But the video clearly speaks for itself, as the dog looked very pleasant and relaxed while his new owner continued to stroke him.:

The actor’s relationship with his first dog was very beautiful. The star went to Butkus in 1969, when the dog was six weeks old. Butkus was next to the Oscar winner in the early days when he wrote Rocky. At that time, the hopeful star had only a script and a dream. In the end, due to financial problems at the time, he had to make a difficult choice to sell his beloved dog.

Fortunately, this heartbreaking separation didn’t last long, as he managed to sell his Rocky script and had enough money to get Butkus back. From there, the dog appeared on the big screen in the Rocky franchise. Butkus was featured in several key scenes, such as the iconic training scene in which the boxer was preparing for a fight with Apollo Creed. Unfortunately, Butkus died around 1981, although his cinematic legacy certainly deserves attention. And it goes without saying that its owner will probably always have memories of his four-legged colleague, even as he continues to make new ones with Dwight.

In addition to his duties as a dog owner, Sylvester Stallone has a number of projects that will surely please fans. He will appear with a beard and bloodied in the superhero movie Samaritan, and will also reprise his role as Stakar Ogord in Guardians of the Galaxy 3. He will also return to The Expendables 4 alongside Jason Statham. Stallone is unhappy that he does not have the rights to “Rocky”, although he still has many other productions that he is busy with.

Sylvester Stallone and Dwight are sure to spend a lot of time together. And who knows, maybe Dwight can loaf around and end up in one of his owner’s big plays. We’ll just have to wait and see.

If you are interested in learning about the character from whom Dwight got his name, don’t forget to watch Tulsa King on November 13 using a Paramount+ subscription.

The Alien Series “Will Have Surprises”, But Lieutenant Ripley Will Not...