Home Entertainment Sylvester Stallone explained his decision not to return to the role of... 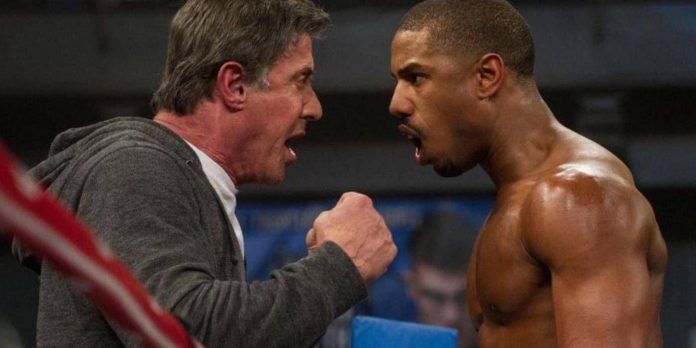 Sylvester Stallone explains his decision not to return to the role of Rocky Balboa in Creed III. Stallone created the Rocky franchise back in 1976, releasing a film of the same name. Written by Stallone in the title role, Rocky introduced a titled die-hard club fighter from the City of Brotherly Love who gets a once-in-a-lifetime chance at the World Heavyweight Championship held by Apollo Creed (Carl Weathers). With a budget of less than $1 million, “Rocky” became a huge hit at the box office and spawned several sequels and a boxing franchise that is still gaining momentum.

The release of Creed III, currently scheduled for November 23, 2022, is the ninth overall film in the Rocky saga and the third in a series of spin-offs that began in 2015 and is dedicated to Adonis Creed, the son of Rocky’s late mentor and former rival Apollo. Michael B. Jordan returns in the lead role in addition to his directorial debut. “Loki” and “Lovecraft Country” star Jonathan Majors has joined the cast as Anderson Dam, the latest boxing opponent to take on Adonis. More than a year ago, Stallone made an unexpected announcement that he would not return as Rocky in Creed III, for the first time in the history of the franchise, he would not appear.

Now Stallone is talking about his decision not to appear in Creed III. In an interview with Metro UK, the Rocky star said it was his own decision to “abandon” the film as he wasn’t sure if his character had a place in Creed III, which is taking the franchise “in a different direction.” .” Read Stallone’s full comment on his departure from the franchise below:

Well, it’s different because I actually turned it down, I just didn’t know if there was any role for me. It leads in a different direction. I wish them good luck and keep hitting!

Despite the fact that Stallone will not be starring as Rocky in Creed III, he is still involved in the franchise as a producer and has access to the sequel script written by Zach Baylin and Keenan Coogler. Stallone shared his thoughts on the story of Creed III, which he called “really interesting” and significantly different from the series. Since there are practically no plot details, it is unclear exactly how the triquel will lead the series in a different direction. But first, Adonis will have to look for a mentor elsewhere without Rocky, who was his coach in the first two Creed films.

In addition to Jordan, Tessa Thompson as Bianca Taylor, Filicia Rashad as Mary Ann Creed and Florian Munteanu as Victor Drago will return to Creed III. Although Rocky could probably have been written into Creed III if Stallone had wanted to, judging by his recent comments, it seems that he was ready to leave the franchise and completely hand over the baton to Jordan as the main star and director. The 75-year-old actor also seems interested in other roles, such as mafia boss Dwight Manfredi in the Paramount+ series “The King of Tulsa,” which is currently in production.

McDonald’s Australia To Give Away PS5 Themed Controls