Home Entertainment Sylvester Stallone and Jennifer Flavin May Have Reconciled, But They Are Selling... 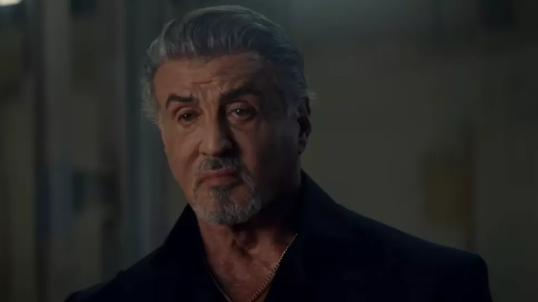 There was an alarm that Sylvester Stallone and Jennifer Flavin, who have been married for 25 years, were ready to break up because of a dog. Fortunately, they have reconciled, and divorce is out of the question. While the Rocky star and his wife are still strong, their new home is currently on the market for a whole bunch of money.

It seems that only yesterday Sylvester Stallone was one of many celebrities in California who, during a drought, overspent by 1400% of their allotted water because of all the trees on his territory. According to TMZ, he may not be going through this kind of drama anymore, as they will put their new home in Hidden Hills on the market for a lot of money and will live in Palm Beach, Florida. Initially, the Rambo star had a huge estate in Beverly Hills, which he sold to Grammy Award winner Adele for $ 58 million in early 2022. Then in March, he and Jennifer Slavin bought an estate in Hidden Hills for $18.2 million. Real estate sources say that on Monday, the couple put their property up for sale for $ 22.5 million.

If you’re wondering why this Hidden Hills estate is being sold at such a huge price than the one originally paid for, just take a look at this fancy crib to understand why. You’re looking at a 10,460 square foot home with four bedrooms and 6.5 bathrooms. You will get the entire enchilada of what is included in this property, such as a swimming pool, stables and stables, as well as a riding arena.

This estate with beautiful mountain views also has components that you will never want to leave, such as a home theater, gym, chef’s kitchen, guest house and pool house. The master bedroom impresses by itself with its sitting area, private balcony and double walk-in closets. And we can’t forget the vegetable garden, the pond with carp and more than 100 citrus fruits and avocados on the territory. So, why would anyone want to leave?!

The reason Sylvester Stallone’s sale makes sense is that they still have a place to call home in another part of the country. He and Jennifer Slavin will live in Palm Beach, Florida, where a $35 million mansion awaits him. Not to mention that they spend most of their time in Florida anyway. According to the Palm Beach Post, Stallone has quite a rich history in Palm Beach. In 1998, he received a Bachelor of Arts degree after acting classes at the University of Miami. Also, his late father, Frank Stallone Sr., owned a house in the equestrian village of Wellington for a long time. So, he had close ties with the Sunshine State for a long time.

The best thing about Sylvester Stallone living in Palm Beach is that he won’t be alone. While the original plans were for them to break up after Jennifer Slavin was unhappy that her husband bought a Rottweiler, the veteran actor experienced an “awakening” of his marriage when he decided to appreciate the family he has. New information about his marriage allowed the 76-year-old actor to change his priorities in order to put his family first before his career. The beginning of a new chapter in Florida can be the link that this family needs to stay together.

The Hidden Hills estate, formerly owned by Sylvester Stallone and Jennifer Slavin, is now up for sale for $22.5 million. No matter how luxurious this mansion is, Stallone seems to realize that today he needs to focus on more important things, such as the love he feels for his family. You can watch this talented actor in his new Tulsa King show on a Paramount+ subscription.

Teasing each new team for the 5th season of “Cobra Kai”

After Sylvester Stallone hid his wife’s tattoo, she filed for divorce,...