Home Entertainment Sylveon In Pokémon GO: When Does It Arrive And How We Can... 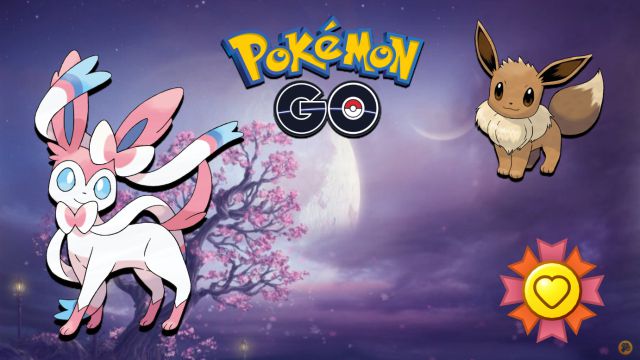 It will be from this Tuesday, May 25, when the evolution of Eevee in Sylveon begins to be possible through two methods; at least for now.

How we can evolve an Eevee to Sylveon in Pokémon GO

According to the most recent information, there will be two methods to get our Eevee to evolve to Sylveon and not to another of the existing series of evolutions (Jolteon, Vaporeon, Flareon, Espeon, Umbreon, Glaceon, Leafeon).

First method: winning hearts when Eevee is our partner. Once the required hearts are collected (a total of 70 hearts), he will evolve into Sylveon. No candy will be needed.
Second method: As with other Eevee evolutions, we can exceptionally evolve one (1) Eevee into Sylveon using a special pseudonym: Kira. If we change the nickname of one of them to Eevee and apply 25 candies, the resulting evolution will be that of the Fairy type. We insist, it only works once. The others must be compulsorily using the first method.
In other news related to Pokémon GO, we remember that the community has managed to unlock the e-rewards of the global Luminalia Y Legends challenge and we already know all the details of the Community Day of June 2021.