Home Entertainment Sydney Sweeney is engaged in a lawsuit and she claps back after... 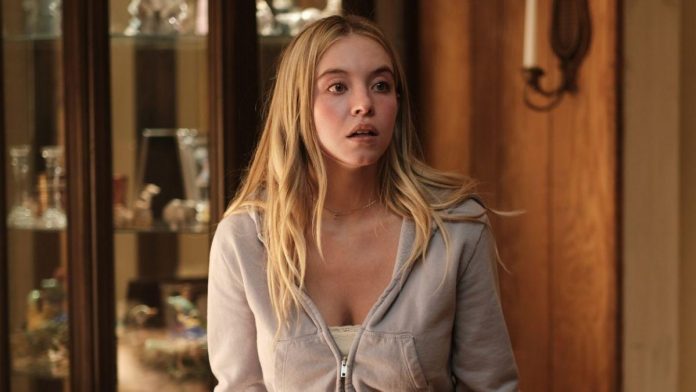 By and large, actress Sydney Sweeney is currently living the Hollywood dream, having achieved success thanks to stellar roles in the HBO series “Euphoria” and “White Lotus”, as well as in many other projects in her ever-busy career. The anthology of the resort earned Sweeney and many of her colleagues Emmy Award nominations, and she has already planned a role in Sony’s “Madame Web” in the future. But not everything is so smooth, because she is currently being sued for an allegedly unsuccessful commercial transaction, and she called the plaintiff company for trying to shame her in court documents.

Why Sydney Sweeney was sued

Swimwear company LA Collective said Sydney Sweeney had previously agreed to collaborate with them on a bikini line, but then said the “Handmaid’s Tale” veteran pulled out of the deal at the last minute. According to the company, the participation of the actress would lead to estimated sales of about $ 3 million.
For her part, Sydney Sweeney reportedly decided to withdraw from the agreement with LA Collective after learning about customer complaints over the years. According to her, reviews on various websites, such as Trustpilot, show that consumers are not entirely enthusiastic about the swimwear company. But that didn’t stop LA Collective from pointing out Sweeney’s career choice in legal documents.

In a recent lawsuit, the swimwear company did not take a completely business-like approach, but instead focused on a negative opinion of Sweeney as a person and her career, Radar reports. According to LA Collective documents:
The Internet is also replete with videos and photos of Sweeney naked and engaged in activities that arouse lustful interest. Since she’s clearly not ready for prime time and may never be ready, Sweeney needed to supplement her income by launching a line of swimwear that she could promote by wearing merchandise on her TV show.
In response to previous statements by Sydney Sweeney, who reportedly said that working with the company would damage her reputation, LA Collective once again mentioned the actress’ nude scenes, stating:
It is difficult to understand how she could have suffered more damage to her reputation than the one she has already suffered as a result of her pornographic videos and indecent images on the Internet, which were completely self-inflicted wounds.
It is not yet clear whether the company believes that Euphoria from HBO itself is equivalent to pornographic videos, or whether its executives and lawyers confuse Sweeney with a partner in the film Chloe Cherry, who actually legally starred in a variety of adult films. (And her only problem with this side of her career is the disgusting reaction she gets from others.) In any case, Sweeney said that her main regret when it comes to nude scenes is not the nudity itself, but the fact that viewers sometimes can’t separate the character from the person.

It is clear that LA Collective’s comments did not elicit any compliments from Euphoria star’s lawyer Andrew Brettler, whose own lawsuit responded by calling the company’s comments “disgusting.” That ‘s how he put it:
[The Los Angeles Collective’s] attempt to turn Sweeney into nothing more than a prostitute (with repeated references to “nudity,” “sex,” “pornographic videos,” and “lustful interest”) is particularly disgusting and offensive to women, but perhaps entirely in keeping with the disgusting reputation of LA Collective (and its lawyer) in the industry. Unsurprisingly, Sweeney refused to cooperate or do business with LA Collective and its owners.
Sydney Sweeney hopes that the judge in the case will reject the claims listed in the LA Collective lawsuit, although it is unclear when the case will go further. Legal disputes, of course, did not prevent Sweeney from taking part in an extensive press campaign ahead of this year’s Emmy Awards, where she was nominated for “Outstanding Supporting Actress in a Limited Series or Anthology Series or Movie.”
For those who find it strange that LA Collective spoke negatively about Sydney Sweeney showing off her body while in the midst of a lawsuit with her over a bikini line, here’s how Andrew Brettler followed the above comments:
Paradoxically, [LA Collective’s] complaint aims to force Ms. Sweeney to act as the face of their swimwear line while belittling her reputation by including misogynistic and misogynistic remarks in a public application.
While it’s unclear what will happen with this lawsuit, fans can see how Sydney Sweeney is doing at the Emmys when the telecast airs on NBC on Monday, September 12, at 8 p.m. ET. And be sure to check out both of her biggest roles of 2021 in the films “White Lotus” and “Euphoria”, which are broadcast on HBO Max subscription.

The 100: What we suspected of why the series was canceled...