Home Celebrity Sydney Sweeney Clarifies Comments about Not Being Paid Enough for Euphoria and... 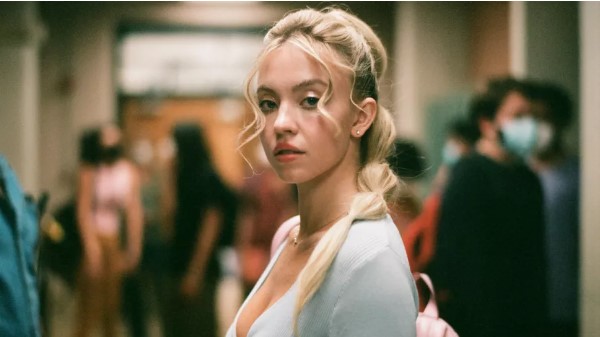 Sydney Sweeney explains previous comments about her salary on Euphoria.

Sydney Sweeney has skyrocketed over the past year. She stole season 2 of Euphoria by playing the overly dramatic, if not slightly insane Cassie, and she was part of the cast of the Emmy-nominated series White Lotus. However, Sweeney was sharply criticized for previous comments about not being paid enough for Euphoria, and explained what she was really trying to shed light on.

In an interview with The Hollywood Reporter, Sweeney said she couldn’t take a break from acting because she “doesn’t have the income to cover it.” She also said she worries about becoming a young mother one day because of the stigma imposed by Hollywood and the financial pressures associated with having a baby. Sweeney clarified her comments in an interview with Elle, saying she wants to focus on her job right now and earn enough income to become a mother one day.:

I was asked if I wanted to have a family, and I said yes. And then they asked me why I don’t have it yet, and I’m like, I don’t even have time to take, like, a six-month break. Like, I don’t have time to create this family. I work so hard, and right now I’m focused on that. And so it was somehow distorted by the public and taken out of context, which was crazy to watch and kind of disappointing because I think being a mother, and a working mother, is really important.

Considering Sweeney is 25, she probably thinks it’s better to focus on her career right now than being a young mother who can’t afford to take care of her children. It doesn’t look like she’s going to stop her path to success anytime soon when she talked to Elle about how lucky she is to have become an actress and doing what she loves. Especially considering that the young actress said that when she was in high school, the children gave her the impression that she was not living in the real world with her dreams and was “living a real life.” Considering that “Euphoria” received 16 Emmy nominations in 2022, including the actress of the series “Sharp Objects”, I think it’s safe to say that Sweeney proved them wrong.

The “White Lotus” star has a good reason not to ignore media reports about her. Sweeney said that when she was in high school, she was heavily sexualized, just like her character Cassie. She has faced obstacles because of her nude scenes in the series, where it is difficult for people to separate Sweeney from her character. As she told the magazine, she is ready to act in nude scenes if there is a way to fully reveal her character and revive Cassie. But, unfortunately, the Emmy-nominated actress said that nude scenes have affected her career, and that’s all people see compared to the fact that she is taken seriously as an actress because of her role in “White Lotus.” But, fortunately, when Sweeney has to shoot nude scenes for “Euphoria”, she feels safe on the set next to the intimate relationship coordinators.

What’s next for Sweeney, you ask? She recently joined the cast of Marvel’s Madame of the Web. Although we have no idea what role she will play, this still did not prevent her from doing web research. In the excitement of being in her first superhero movie, she did her best by reading a bunch of comics to better understand the superhero world. Some say she could make a good Gwen Spider or a Black Cat. No matter what role it is, I’m sure it will be on her list of many memorable roles.

So, we can all be sure that Sweeney is very proud of her job and the salary she receives from the famous youth drama, but really knows how much more money she will need to earn if she wants to be a working mom. Given her current age, she has plenty of time for that. You can watch her Emmy-nominated performances in the films Euphoria and White Lotus by subscribing to HBO Max.

Stassi Schroeder reveals the chronology of his cancellation in a new...