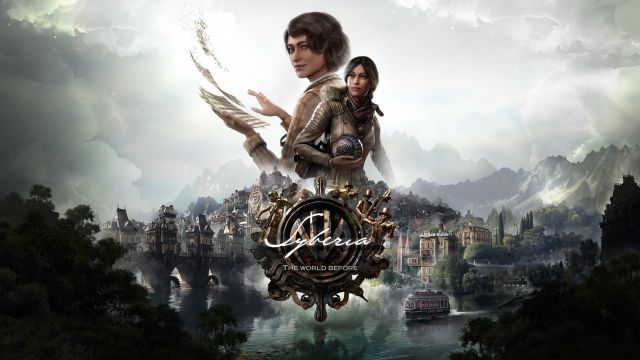 Syberia: The long-awaited fourth installment of one of the most popular graphic adventure sagas will see the light of day very soon, after several delays and months of waiting. Syberia: The World Before is the fourth installment in the legendary graphic adventure saga. Its development has had to face some obstacles and the launch has been made to beg on several occasions, although we can finally say that the wait is about to end: it will be next March 18 when the title lands on PC. Later, sometime in 2022, it will do the same on consoles (it has not yet been specified which ones it will reach). In addition, it has also been confirmed that the soundtrack will be available on vinyl soon.

Microids has commented that the latest delay (the launch was scheduled for last December) has allowed the studio to acquire the confidence to “be able to offer the title that the players deserve” who expect it, since the main objective has always been “to deliver a great tribute to the adventures of Kate Walter, reimagined by Benoit Sokal”.

The return of a legendary saga

Syberia debuted in 2022 and automatically became a very popular graphic adventure among fans of the genre. A couple of years later the third installment arrived, and later it was up to 13 years that we had to wait to enjoy the third. Now, in just 2 months we will know the last great adventure that the franchise has prepared.

Dana Roze and Kate Walker will be the protagonists of an odyssey across several continents, in which time travel will be a key part of the story. The publisher ensures that we will live a traditional experience, in which beautiful landscapes will not be lacking, a plot full of mysteries and classic mechanics faithful to the origins of the franchise. In addition, the soundtrack is provided by Inon Zur, who has already put his stamp on works such as Fallout, Dragon Age and Prince of Persia, among others.

Syberia: The World Before will go on sale on March 18 on PC. As far as the console versions are concerned, Microids is planning to release them sometime in 2022, although they do not yet have a release date.

Alan Wake 2: Director Says The Game Will Be The Most...