Home Entertainment Syberia And Syberia 2, Free Games For A Limited Time On Steam 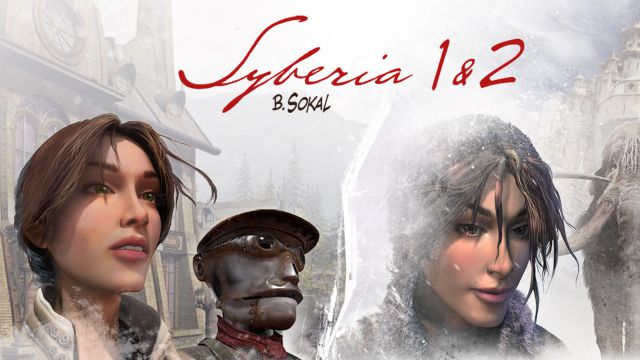 Syberia And Syberia 2: Players can get hold of these adventure games without paying a single euro and permanently. Two great graphic adventures at zero price. That’s what Microids offers on Steam with two of its most iconic video games, Syberia and Syberia 2. Both titles are available completely free on Valve’s platform, but for a limited time. Until September 29 at 10:00 a.m. (Spanish peninsular time), all users of the platform can add the games to their library permanently.

At Syberia we manage Kate Walker, a successful New York lawyer who comes to an old automaton factory with the order to sell it. The task, a priori simple, will culminate in an adventure that her grandchildren are told. From Europe, she will travel to the western part until she reaches the confines of eastern Russia, where she will interact with very special characters and locations. The goal is to find Hans, an inventor who protects Syberia’s secret. “His journey through earth and space will lead her to question everything he values, while the agreement that she proposed to sign becomes a pact with destiny,” says the official synopsis.

The second installment begins the moment Kate achieves her goal, but the mission is far from complete. Walker will embark on a new journey into the unknown, in search of the legendary mammoths of Syberia. “As the surreal quest that Hans began years ago draws to a close, he and Kate must face obstacles more dangerous than ever, putting their courage and determination to the test.”

The only game in the trilogy that cannot be obtained for free is Syberia 3. Anyway, this is not the last of the saga, since Microids is working on Syberia: The World Before, which will be released on December 10 in PC. Later, well into 2022, the developer intends to adapt its game to consoles, although the specific platforms have not yet been revealed.