Home Entertainment Switch Shouldn’t be Starving for MMORPGs in 2022 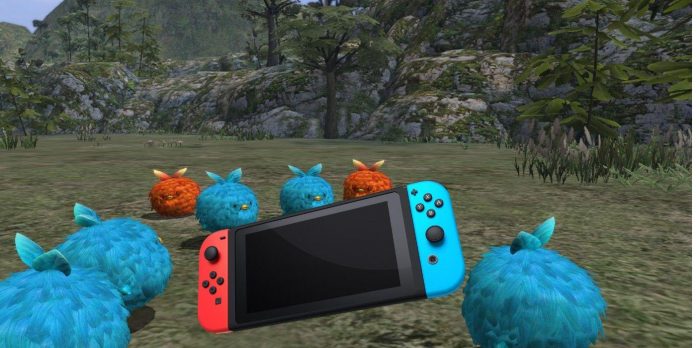 The Nintendo Switch game library is by far the largest of all Nintendo consoles: more than 4,000 games are currently available, but in 2022 Switch is still strangely lacking in quality MMORPGs. Owners of New Genesis and PlayStation can enjoy Final Fantasy 14, Switch offers only a few options. Some Switch MMORPGs are also available on other major consoles, such as the Skyforge and DC Universe Online versions for Switch, but in terms of choice and quality, Switch cannot compete with competitors in its MMORPG offerings. Just as Switch Online is better in Japan, the Switch MMORPG selection is also better there, with games like Dragon Quest X and Phantasy Star Online 2. For Western Switch gamers, the MMORPG console’s potential continues to disappear.

The weaker characteristics of Switch are often blamed for the lack of MMORPG support, but given the MMORPGs available for mobile devices, this argument does not stand up to criticism. Many older MMORPGs that don’t require powerful PCs, such as Dungeons & Dragons Online and Ragnarok Online, are still active years after their initial launch date. Console MMORPGs have started to flourish with the latest generation of games. On Xbox One and PS4, games such as Neverwinter, Star Trek Online and Tera have successfully established themselves on Sony and Microsoft consoles, along with more recent successes such as Black Desert Online and Bless Unleashed. High-quality MMORPGs like The Elder Scrolls Online are available for current Xbox and PlayStation consoles; instead, Switch got the lower Elder Scrolls: Blades, which remains imperfect in 2022 despite some tweaks and improvements.

The Nintendo hybrid console is a unique novelty due to the ease of transition from a portable system to a home console with a docking station. MMORPGs on Switch benefit from this feature in the same way as games of any genre, allowing you to play a little on the go and spend more specialized gaming sessions on the big screen. There are MMO shooters on Switch, such as Fortnite and Warframe, as well as a free Dauntless game in the style of Monster Hunter. Due to fewer traditional MMORPGs than the competition, some Switch gamers are turning to fancy budget MMORPGs like Onigiri and Elemental Knights R to get rid of the itch. The lack of polish and professionalism in these games is obvious, but with fewer games to compete with, they stand out as among the best (and worst) MMORPG Switch simply because of the lack of options.

Switch has the Most Reliable Nintendo e-store, but MMORPGs Lag Behind

Only Dragon Quest X can significantly enhance the power of the MMORPG Switch, but according to the developers, the western release of Dragon Quest X is not planned. Phantasy Star 2 Online has the same potential, but it is an exclusive Xbox console in the West. Skyforge and DC Universe Online online are arguably the best MMORPG options currently available on Switch in Western territories, but Skyforge suffers from translation issues and technical features (although not as much as Onigiri), and the DC Universe Online superhero MMORPG format is more of a niche product. Nintendo has released a successful role-playing game for mobile devices with Dragalia Lost, but the company has not taken any steps to transfer this game to Switch. A Switch port of the hugely successful Genshin Impact role-playing game was promised, but this has been repeatedly postponed, while the PS4 version of the game is approaching its two-year anniversary.

Another high-end game or two, such as Genshin Impact or Dragon Quest X, can significantly improve the choice of MMORPG for Switch. The developer of HoYoverse recently had to assure fans that the Genshin Impact port for Switch has not been canceled, as the lack of updates has made some gamers doubt that this will ever happen. The future of MMORPG on Switch remains hazy. A huge library of more than 4,000 games hosted on Switch, largely thanks to a successful online store. This is the first Nintendo console to receive such reliable third-party support for digitally downloadable games. Despite this popularity, Nintendo continues to catch up in online functionality. Switch has the most MMORPG options among all Nintendo consoles to date, but the gap in both quality and quantity between these offerings and MMORPGs available to Xbox and PlayStation gamers is obvious.