Home Entertainment Swamp Thing: One of the main reasons they canceled the DC series

Not only had Swamp Thing garnered mostly favorable reviews by the time its cancellation was announced, the second episode of the series had yet to air on DC’s streaming service, leaving fans wondering what might have been there. gone bad enough to warrant cutting the show.

Swamp Thing is based on the DC Comics title of the same name. While not created by the couple, one of the series’ most memorable eras was during the tenure of writer Alan Moore and artist Stephen Bissette. So while the general public may not have known much about Alec Holland’s transformation into a strange swamp creature, it is likely that any Alan Moore fan among DC Universe subscribers anticipated Swamp Thing more than any of the other series. originals announced.

So why was it canceled? There is still no clear word on the official reason for the cancellation, and there have been many conflicting reports, at least one of which has been debunked. After looking at the various rumors and speculation, we have discovered some truth about the real reasons why DC quickly canceled Swamp Thing.

One of the earliest and most widespread speculations was made by Movies.com writer John Gholson in a series of now-deleted tweets. The story, which has been discredited, is that Swamp Thing was interrupted because the series was over budget and that this excess was mainly due to an accounting error attributed to the state of North Carolina, where the series was being filmed. Later several media came out to deny this theory, completely discrediting the writer.

Marvel Studios has learned that being part of a larger narrative can lead to individual and overall success. If DC Universe strives to achieve that same interconnectivity in their original series, which the connection between Titans and Doom Patrol seems to confirm, then that may make it one more reason why Swamp Thing doesn’t fit into their future plans. 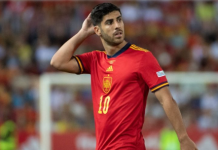 Marco Asensio: Barcelona Is Interested in Signing a Contract With Manchester United 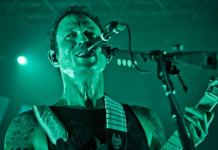 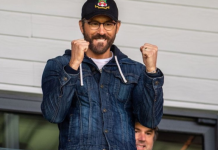 South Park: The Streaming Wars Part 2 will be officially released...