Home Crypto Suspicious Cash Out on This Altcoin: The Price Is Melting! 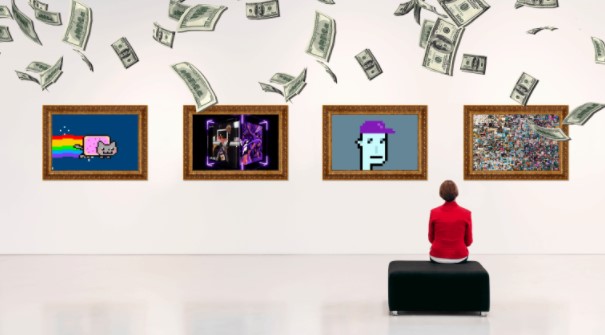 LookRare (LOOKS), one of the largest NFT platforms in the industry, has caused outrage in the community by confirming a $30 million cash outflow in Ethereum. Here’s how the NFT platform made such a huge profit without taking any of the altcoin investors’ money…

According to the fee structure declared by the NFT platforms, the project team has collected millions of WETH rewards by staking unrelated LOOKS tokens. When collectors sell their NFTs, they receive back as a reward LOOKS token, which is often used as a fee compensation. On the platform, however, tokens were staked in pools, and the platform’s team withdrew a large amount of wrapped Ethereum tokens (WETH) to their account, which they could pay through cryptocurrency mixing. The tweet thread below shows the on-chain trace of transactions.

A team member of LookRare later claimed on his Twitter account that the team had been working for over half a year without any pay, salary or rewards. The cash traded on the platform will be distributed among the ten members of the platform, and some of these funds are currently used to purchase various NFTs. One of the team members, Zodd, explained that while using the currency mixing approach, the entire team works anonymously. As a result, he doesn’t want to be recognized by paying out huge amounts of cryptocurrencies.

The response was unsatisfactory and the community asked the team to buy back LOOKS tokens instead of keeping millions of dollars in Ethereum. The platform’s cryptocurrency LOOKS has lost more than 15% of its value in a matter of hours due to a massive cash outflow. Unfortunately, detailed explanations did not prevent the token from falling further.

LooksRare (LOOKS) price plunged 15% within hours as the team’s actions resonated on social media. LOOKS is the functional cryptocurrency of LookRare, the community-driven NFT platform that actively rewards investors and creators for participation. On January 20, 2022, we saw LOOKS price reach ATH at $7.07. While the scandalous earnings mechanism that the team had hidden from the community was revealed, the distance of the LOOKS price from the ATH level reached 69.16%.

Famous Investor Sells His XRPs To Buy From This Altcoin!

Today is the Critical Day for Bitcoin and Altcoins: Here’s What...