Home Entertainment Survivor: Why Jeff Probst Says These Twists Will Return Next Season 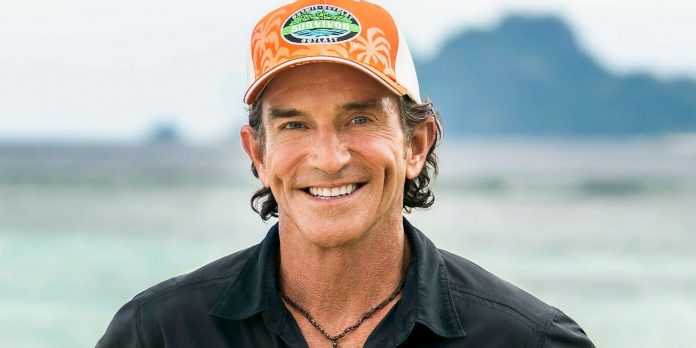 The 42nd season of “Survivor” will end on Wednesday, May 25, it will soon be followed by “Survivor 43”, which will premiere this fall, and Jeff Probst believes that the twists of this season will continue in the next. Since season 43 is part of the “New Era” that “Survivor” is, many twists from seasons 41 and 42 are likely to return. Now Jeff explains which plot twists fans will definitely see again next season and why.

One of the twists that were introduced in Survivor 41 and carried over to Survivor 42 was the Shot In The Dark twist. This twist allowed players to risk their lives in the game if they didn’t feel safe in their tribe. Shot In The Dark also allowed players to throw dice into a bucket to get a chance to be safe; however, it would cost them a vote. So while this could potentially save someone from being banished from the island, there is also a huge risk of using this turn, and it can only be used until the last seven (the last six in Survivor 42), so if players feel unsafe at any point in the game they should take their shot in the dark earlier. the later. Due to the fact that the seasons were filmed in a row, it’s safe to say that this twist will return in Survivor 43 and in future seasons.

According to Cinemablend, Jeff stated that the motivation for these new Survivor twists was to play with the expectations that players have after watching Survivor for two decades. “The next group of players now have some idea about this new version of Survivor. They are already thinking about when and how best to use Shot In The Dark, or what they can do if they are in danger.” reward scenario? Or how to keep the advantage a secret with the game design that is so famous? We don’t want everything to be a surprise. Instead, we create a new foundation from game elements and leave it to the players. to figure out the best way to play,” Jeff said. So while some fans may not like these new twists in the game, they give viewers at home and potential players the opportunity to strategize how they will use these twists and how it will affect their gameplay.

Despite this new era of Survivor, not everyone is a fan of these new twists or aftershows that replaced the live finale and reunion. It looks like fans will have to get used to this new era, as it looks like it won’t end anytime soon, and Jeff even said that revealing the winners and aftershows in Fiji is the new norm for Survivor. So while fans may miss the live announcement of the winner and the reunion, it doesn’t look like this aspect of the show is coming back anytime soon, if at all.

Despite the fact that some of these twists have been criticized by fans, Survivor has high hopes that fans will join them in future seasons. The producers wanted to make the show new and exciting for the participants who play the game and are unlike anything they have seen before. Since the Survivor seasons are filmed one after another, it’s safe to say that the participants of Survivor 44 will not recognize any of the twists that occurred in Survivor 43, which makes the game more interesting for them. At the moment, viewers will have to wait for Survivor to return until the fall, they can watch all seasons in streaming mode on Paramount+ until the broadcast of the new season begins.