Home Entertainment Survivor: The 10 most interesting players according to Reddit 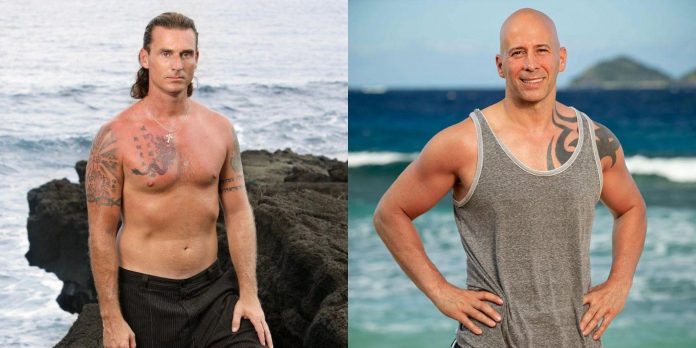 On September 21, 2022, Survivor will welcome a brand new cast of characters to take on the challenges of life alone in Fiji. With Season 43 on the way, there’s a lot to be excited for. New strategies, new challenges, and new advantages that can change up the game completely.

But the major feature that the show provides each and every season remains to be seen: A genuinely entertaining group of people. Having hosted some of the most fascinating players on reality TV, it will be hard for the show to live up to past players. After all, they’ve had some incredibly entertaining castaways.

A castaway who appeared on Cook Islands, Micronesia, and Phillippines, Jonathan Penner has been a mainstay on the show, and for good reason. “Penner is a great strategist, excellent reader of people, funny, and his narration was always great,” says Msurvive on Reddit.

Despite playing a villain, Penner is always a likable cast member, as his gameplay style mostly involves backstabbing and constant flips. Yet, under it all, Penner appears to have a good heart, as he’s often seen aiding other cast members and trying his hardest in challenges. All in all, every scene he’s involved with is guaranteed to be gold.

Having experienced both Millennials vs. Gen X and Edge of Extinction, David Wright is a player that tends to go far, which is always beneficial for fans looking for a fun season. While his playstyle occasionally verges on paranoid, he often maintained a humorous and positive attitude, and he certainly came into the game looking to win.

He isn’t exactly one of Survivor’s greatest challenge beasts, but that isn’t always a bad thing. “I still crack up just thinking about that challenge where he kept losing that buoy over and over again,” says Redditor GlitchPro27. As long as David was on screen, he was having a good time, and that made him as memorable as he was fun.

There are few players as memorable as Coach Wade. With Coach’s cringy quotes, his no-nonsense outlook, and his strange anecdotes, he made sure to make himself a widely recognized figure. In fact, he even happened to make it to Final Tribal Council in South Pacific and would have earned himself $1 million, had he had a slightly better performance.

But it was Coach’s outlook on the game that left so many fans awestruck. In fact, Reddit user IYCHMAMWYDDMAMB argues that “The Martyr Approach”, the episode where Coach was alone on Exile Island, “is the best episode in Survivor history.” It certainly left its mark on fans, who watched Coach slowly wither and break down in a lake under the sky, while not bothering to actually do anything to make his stay more bearable.

A castaway from Kaôh Rōng and Game Changers, Debbie was a hilarious part of every scene she appeared in. A chaotic figure with a thousand different job titles that change with every confessional, “Debbie is a gift that just doesn’t stop giving,” says Reddit user Drewhasspoken.

Debbie made her mark on the show as a challenge competitor after insisting that she was a skilled gymnast, before failing time and time again on the balance beam. The fact that she later insisted she did an excellent job just helped to prove how entertaining she could be, even if it couldn’t have been much fun for her tribemates.

Often regarded as one of the Survivor players most likely to replace Jeff Probst as host, Rob Cesternino premiered on Amazon and quickly became a beloved fixture of the show. “He played a more modern game in the old school era and was damn funny throughout his time on the show,” says Redditor msnmpn7. “He’s super charismatic, seems to have decent chemistry with virtually anybody, and just exudes enthusiasm for this silly reality television world he is a part of.”

Rob also proved how entertaining he was by creating a podcast of his own — Rob Has A Podcast — that has quickly become a major element of the Survivor community. Having hosted hundreds of hours of interviews, Rob has proven adept at entertaining Survivor fans even outside of the context of the show.

Sandra Diaz-Twine has been known as the Queen of Survivor since she won both Pearl Islands and Heroes vs. Villains. Her fierce attitude, inability to abide by the nature of some of the cockiest Survivor players, and absolute willingness to warm the bench during challenges made her incredibly fun to watch.

“The pure joy I felt watching Sandra on her first three seasons is just unparalleled for me,” says songofachilles on Reddit. There are few players who manage to succeed with Sandra’s anyone-but-me strategy, especially since the game has evolved into big move strategizing. Yet Sandra has always been an incredible player who never could avoid making her mark.

If Sandra is the Queen of Survivor, Boston Rob was its Godfather. Though he appeared in several seasons before finally winning in Redemption Island, Rob has been invited back time and time again solely because he truly does make some excellent television.

“Gotta be honest, Boston Rob literally makes each season he’s on for me,” Reddit user princess-sam3 says. His controlling gameplay, fast love affair with Amber, and willingness to backstab have made him a household name. Even if some fans claim he didn’t deserve to win Survivor in its Redemption Island season, Boston Rob has certainly become a Survivor fixture.

There are few players as genuinely funny as Tyson Apostol is on Survivor. Given his extremely quick wit and utter willingness to tear his fellow castaways to pieces in confessionals, Reddit user Clean_Language6183 says that Tyson has “Genuinely best sense of humor on Survivor.”

While he can sometimes seem cruel to his fellow castaways, he still has a lighthearted side to him that truly came out in Winners At War, when he was mourning the chance to be at the side of his children. So, while entertaining, there’s always a human side to

Not every Survivor player needs to be fully competitive to be entertaining. While Angelina was likely never going to win the game, given that the cast of David vs. Goliath wasn’t exactly on her side, she still managed to entertain fans each and every time she appeared on screen.

“The ladder, the fake idol, the negotiation, and of course the jacket. I just can’t,” says HumbledMind on Reddit. While it wasn’t always intentional comedy, Angelina always brought humor to even the heavier moments on the season, like blindsides and boots. Where most seasons can make boots upsetting, Angelina repeatedly asking a fresh boot for her jacket was hilarious, and it’s why she’s remembered so fondly.

The king to Sandra’s queen, Tony Vlachos won both Cagayan and Winners At War and proved an incredibly entertaining character in both of his winning seasons. “I loved watching Tony,” says Reddit user ConstantineNekrasov. “He was like a kid playing his favorite game. He just seemed to enjoy every moment.”

His chaotic gameplay, often involving various iterations of his signature “spy shacks,” might turn off some castaways, but it never fails to be entertaining. Besides, it’s always fun to watch players who get emotionally invested in the game, and no player has gotten as emotional as Tony did when he realized the Cops-R-Us alliance was going to meet its quiet end.