Home Entertainment Survivor: how would you play the game based on your zodiac sign 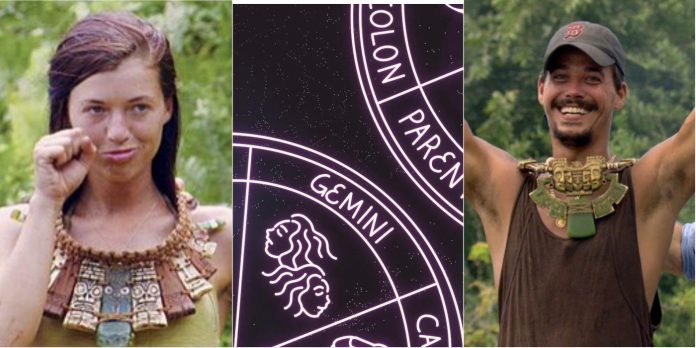 Survivor is a game that requires many different kinds of strength: emotional, social and physical. For 42 seasons of the reality show, the number of players with different zodiac signs has varied, but Capricorns have reigned supreme as the winningest astrological sign on the venerable reality TV competition.

Astrology can have an effect on the type of game play that different castaways employ, from ruthless Aries to diplomatic Virgos, there’s no shortage of different personality types when it comes to Survivor. However, there is a reason that some signs have better winning records than others, and that’s because they utilize all the strengths needed to win Survivor in the most successful yet non-threatening ways.

Aries would play Survivor the way they live their life: unapologetically and fiercely. They wouldn’t hold back on making big moves and betraying their allies, because they know deep down they have what it takes to win. Popular Aries contestants include season one winner Richard Hatch, and San Juan Del Sur winner and Winners At War finalist Natalie Anderson.

There’s no one more stubborn than a Taurus, and when they get themselves deep into the game of Survivor they’ll refuse to be underestimated. The two Taurus winners (so far) to compete on the show have been underdogs: Natalie White and Michele Fitzgerald.

Taurus players can lay low and remain under the radar, but when they decide to strike everyone should be scared. They’ll come away with the win simply for being more likable than their competition, appealing to a bitter jury with their logic and sensibility.

Survivor players who are Geminis make the game extra fun because they’re so unpredictable. No one will ever know if they’re playing seriously or simply trying to be good television entertainment.

Survivor has crowned three Gemini winners (Tyson, Nick, and Fabio) and they’ve all been comic relief on their seasons. Geminis are extroverted and friendly, meaning they can get along with anyone and make as many alliances as they please. Their downfall is their impulsivity, occasionally trying to make a big move at the wrong time.

Cancers are a water sign, which means they have a tendency to be a little more emotional than most. As a Survivor player, a Cancer is more likely to make promises by swearing on the lives of their loved ones, and feeling especially hurt if someone turns on them as if it is a personal betrayal.

RELATED: The Worst Blown Leads On Survivor, According to Reddit

Because they’re such emotional creatures, Cancers have the ability to create special bonds with their fellow castaways, relating to them on a personal, intimate level. Successful players do this in a way that is respected at the end, while unsuccessful contestants learn the hard way that sometimes turning on close allies has dangerous consequences.

Leos love being the center of attention, and they’re good at it. They’re good storytellers and always have a story to tell, much like the first two-time winner (aka the queen of Survivor) Sandra Diaz-Twine each of the four times she played the game.

The downfall for many Leos is that they aren’t able to handle sharing the spotlight, and often let one good move go to their heads. If they’re able to make it to the end, their charisma is so strong and lovely that the jury has no choice but to give them the win, but if they make it just short, they’ll never let anyone hear the end of it.

Virgos are analytical individuals. They think every decision through, and refuse to do anything hastily. One of the best Virgos to ever play the game was Parvati Shallow, a two-time finalist and four time player who is beloved by fans and cited by players as their Survivor role model.

Like Parvati, Virgos would play with a good head on their shoulders. They’re practical and methodical, but not robotic. Often times Virgos have to let other people think their ideas are their own to get ahead, and that’s exactly what Parvati did by letting Russell think he was in the driver’s seat on Heroes Vs Villains.

Libras are the most indecisive zodiac sign, and that rings true for Survivor players who were also Libras. One of the most famous Libras was notorious villain Russell Hantz, a player that was never able to win because he could never commit to one game plan.

There have only been two Libra winners, and one of them was actually originally voted out on day nine of the game. The Libra player would struggle to stick to long-term plans and make big decisions, like when Russell decided on a whim that he had to eliminate Danielle in Heroes Vs Villains despite her being a core member of his alliance from day one.

Many people forget that Scorpios are actually a water sign, and have the ability to put their emotions on full display at any given point in time.

Scorpios are the most ambitious of the water signs and have a tendency to be trusted by their peers and looked to as leaders. That’s why popular Scorpio players such as Aubry Bracco and winner Ethan Zohn fared so well in the game. They were well-liked but had a sneaky, deceptive side to their Survivor personalities.

The most laid-back of the fire signs, there has been only one Sagittarius winner in the history of Survivor and that was season four’s Vecepia Towery. More mellow than their sister signs, Sagittarius players are smart and go-with-the-flow, but that calmness often leads to their early demise.

Another popular Sagittarius player was none other than season 37’s Christian Hubicki, who was targeted for being too likable and intelligent. Their ability to stand apart from the crowd and do their own thing also makes them a threat, as others seem their autonomy as dangerous and calculated.

Capricorns come in first for having the most Survivor winners under this zodiac sign with a whopping eight in total. These winners include Tina Wesson, Rob Mariano, Tom Westman, John Cochran, Denise Stapley, Adam Klein, Ben Driebergen, and the most recent winner of season 42, Maryanne Oketch.

Capricorns have a great chance any time they compete on the show, because they come to play. They’re determined and enthusiastic about what they’re about to experience, and stray away from self-doubt. They’re high achievers who usually get what they want and are good at persuading others, making them great tribe leaders and season narrators.

Aquarius is one of the least emotional zodiac signs, relying more on their intellectual intuition than their emotional side. They make decisions with their heads, like Virgos, but are also deeply creative and free thinkers.

Some Aquarius winners include Yul Kwon and Kim Spradlin, two people who were excellent at pleading their cases to the journey and monumental in making moves on their respective seasons. They independent style of game play made it a little difficult for them on Winners At War, but on their first individual seasons they were able to do whatever they pleased to make their way to the end.

Pisces are typically empaths who are able to relate and understand the people around them on a deep emotional level. Pisces are in-tune with their own feelings which makes it easier for them to get a feel for how others are doing.

Pisces can use this to their advantage in the game of Survivor by connecting with allies on deep, emotional levels. They make great friends and loyal team mates, just as Wendell Holland did on season 36. Wendell’s strong relationship with Laurel made him a million dollars richer, as she cast the winning vote to make him Sole Survivor.