Home Entertainment Survey Suggests Americans are Willing to Go into debt to buy a... 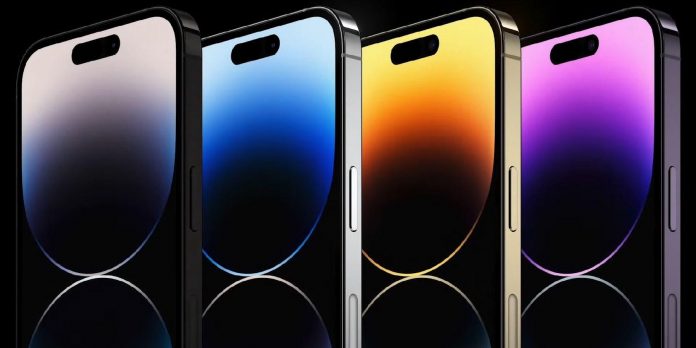 Apple recently unveiled the new iPhone 14 and 14 Pro, and a new WalletHub survey shows that many Americans are willing to go into debt to purchase new smartphones. In the near future, several iPhone 14 models will go on sale with major updates compared to the previous generation, such as completely updated cameras and a completely new notification system.

Personal finance website WalletHub conducted a survey in the United States and determined that more than 1 in 5 Americans believe that the new iPhone 14 models are worth getting into debt. 24% more people in the US are planning to purchase a new iPhone this year compared to last year, when the iPhone 13 generation of smartphones was released. Demand for the iPhone has increased dramatically, and the survey shows that 20% of people believe that the lack of a new iPhone is a sign that someone is experiencing financial difficulties. On the other hand, more than 20% of respondents may face financial difficulties even after purchasing a new iPhone.

The increase in demand for the new iPhone may be related to the perception of smartphones in the United States after the start of the global coronavirus pandemic in 2020. According to a WalletHub survey, more than a third of Americans consider their smartphone the most important, and 27% of the country’s residents plan to spend more on smartphones because of the pandemic. As a result, more and more Americans are ready to purchase a new iPhone 14 or 14 Pro, regardless of financial circumstances. According to a WalletHub survey, the demand for the iPhone is also related to the fact that 31% of the population considers smartphones a necessity.

The WalletHub survey also revealed the dissatisfaction of a significant part of consumers in the United States: 60% of Americans believe that Apple does not pay enough taxes. 50% are also dissatisfied with credit checks by telecom operators, considering this practice unfair to consumers. More than 50% of Americans are ready to try a budget telecom operator because of the growing attractiveness of this sector of the smartphone industry.

The survey gives an idea of consumers and their beliefs after the presentation of the iPhone 14 at the Apple Far Out event. New Apple products attract the attention of millions of consumers every year, and the company should understand that a significant part of the consumer base is ready to get into debt for a new iPhone. In addition, high inflation plays a key role in increasing smartphone spending in 2022.

Apple is going to release new products like the iPhone 14 this month, and they will be followed by new iOS updates similar to iOS 16. The new iPhone is appealing to new customers in the US, and a WalletHub survey before its launch cited some alarming statistics.

iPhone 14 and 14 Pro are already available for pre-order.

The Sifu summer update will be released soon, including a new...