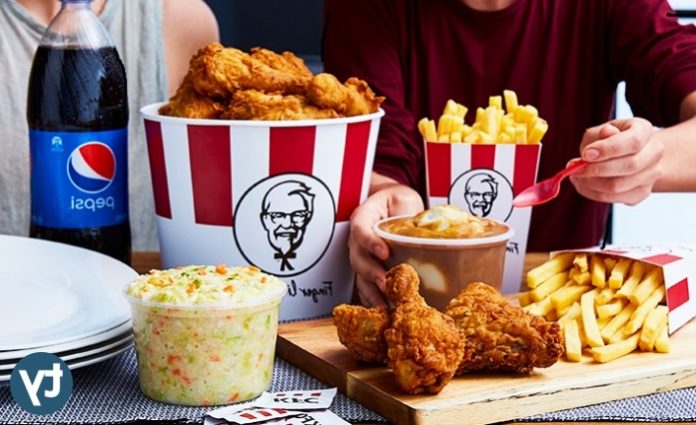 On January 2, KFC launched the vegan chicken burger Quorn in the UK, and many people queued to try it. In general, some problems occurred in the sale of the acclaimed burger and these problems were of the kind that would disturb vegans. The statement from the KFC can really vegan infuriate.

The world-famous chicken restaurant KFC recently launched a purely vegetable ‘chicken’ burger. This revolutionary vegan burger was quickly spread and appreciated among vegan individuals. In fact, even in street interviews, people with vegan burgers, non-vegan people, stated that they could not distinguish the burger from normal KFC burgers.

In a short time there was an uncomfortable fact about such acclaimed burgers. Some vegan customers in the UK said that the Korn product, Quorn, which is sold under the name of vegan burger, is chicken meat. The accusation adopted by the KFC disturbed the vegans who tried the product or thought of trying it.

The vegan label sold chicken:
Beth Hughes, 25, who embraced the Vegan lifestyle; In a statement to Somerset Live, Quorn said he had chicken meat. Hughes made sure that the order was vegan, based on the green-white color of the package and the vegan on it. The young woman had a chicken burger in her hand but realized after taking a bite.

Beth Hughes, who was horrified by an unintentionally bitten order, said in a statement about the event that it was his first and last visit to KFC, after mentioning the reasons for being vegan.

Other similar errors have occurred:
Beth Hughes wasn’t the only one suffering from this mistake. A vegetarian couple who recently tried the burger reported again the same problem. The products supplied in double normal chicken burger boxes that ordered two vegan burgers were not questioned at first. Immediately after finishing the burger, the man told the woman who was still eating the burger that he was not sure whether the product was vegan or not. Realizing that the product was not vegan, she threw her burger and became physically ill shortly after.

The spokesperson of KFC apologized for the mistake made immediately after the incident and sent the vegan burgers home free of charge after returning the customers’ money. The KFC spokesperson told the Independent newspaper the following:

Iz We are grateful to those who came to try the new vegan burger this week. We know there are a few things we’ve made a mistake. This is not nice and we are really sorry for the ones. We are human beings and it is a great success that such an innovation takes effect in 900 restaurants at the same time. Our employees are still used to this innovation, but of course this is not an excuse to make the wrong. We will do everything we can to avoid similar incidents. ”