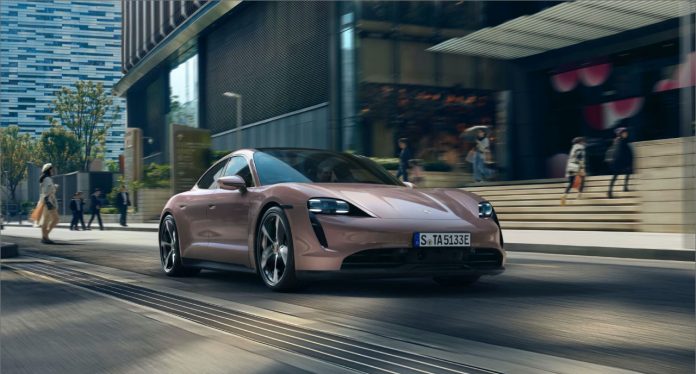 Porsche introduced the variant of the New Taycan series, with a teaser image hinting that it is “a new member of the family”. The Taycan range is expanding and the basic Taycan model is expected to become global.

The new Taycan can be offered with four different models.

Although the teaser is not very revealing, it looks like the Taycan 4S, Taycan Turbo and Taycan Turbo S and a yet unknown model. The teaser also states that the new car will be on the market soon.

It is unclear what exactly Porsche will do with the model. However, according to foreign sources, it is possible for the company to introduce the basic model to a wider audience.

The new Porsche Taycan is expected to have a rear-mounted electric motor producing up to 402 hp. The New Taycan, which promises a range of 414 km in the NEDC cycle, will be powered by a 79.2 kWh battery pack.

Also, according to some claims, it will be possible to increase the range to 489 km and power to 469 hp in overboost mode with the optional Performance Battery Plus in the Porsche Taycan.