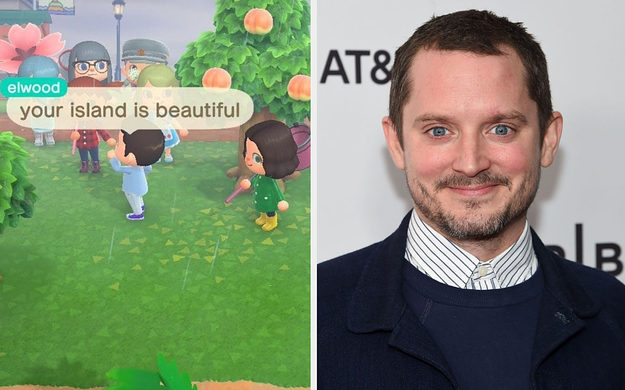 Famous actor Elijah Wood replied to an announcement by an Animal Crossing: New Horizons player on Twitter. Visiting the island of Jessica in the game, Wood made the players have a pleasant time.

People who have to stay at home due to a coronavirus outbreak are trying to spend their time with different things. One of the ways used to have a pleasant time is to play games.

Elijah Wood was among those who sent a message to Jessica
In the shop on the island of Jessica’s Animal Crossing: New Horizons player on Thursday, the prices of turnips dropped to 599 bells. Announcing this price, which is quite affordable for the game, from her Twitter account, Jessica’s DM box is filled with messages. However, one of the incoming messages surprised and delighted Jesssica.

The famous actress Elijah Wood, known to be a gaming enthusiast, sent a message to Jessica from Twitter and asked Jessica’s Dodo code in the game to buy turnips. Jessica sent the Dodo code to the famous actress so she could visit Wood’s island.

Elijah Wood was specially greeted by Jessica and her friends when she came to the player’s island. Jessica and her friends, fans of The Last Jedi, welcomed Wood by dancing. Wood, who entered the island saying “Hooray Rian Johson”, told Jessica that his island was beautiful. Wood, who shopped at Stalk Market on Jessica’s island, took several screenshots. Wood applauded the players who came to the island and danced to meet him.