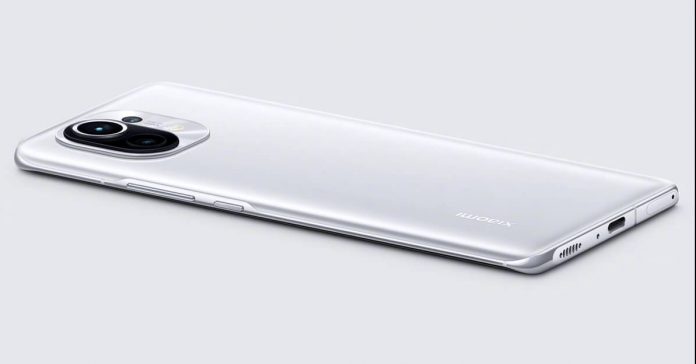 Xiaomi will introduce important smartphones with a big event on Monday, March 29th. Although there is very little time left for this launch, important statements continue to come from Xiaomi. The price and features of the phone were detailed last week. Now there is a big surprise for the ide Xiaomi Mi 11 Lite processor.

Xiaomi will come in two different versions for the Mi 11 Lite model, 4G and 5G. Among them, the Snapdragon 780 surprise emerged for the highly anticipated Mi 11 Lite 5G model.

Xiaomi posted a poster about the model on its Weibo account today. The most interesting detail in the poster was the Snapdragon 780 processor.

The Snapdragon 888 processor stands out with its high-performance Cortex X1 core. However, the new processor 780 has four Cortex A-78 cores. With this core in last year’s flagship processors, the 780 has significant potential.

Although the Snapdragon 888 processor has made significant leaps in terms of performance, it has certain disadvantages in terms of cooling and battery consumption. The interesting cooling technology that Xiaomi will use in the Mi 11 Ultra also confirms this thesis.

The Snapdragon 780 has not appeared in performance tests yet. With the Xiaomi Mi 11 Lite 5G, we will have the opportunity to see the performance of this processor.

Features and price of the mid-top phone

Mi 11 Lite 4G and 5G models will jointly come with a 6.55-inch 1080 x 2400 Full HD + AMOLED display. This screen will offer a refresh rate of 90Hz. At the same time, the phones will also have an under-screen fingerprint sensor. In the hole in the upper left corner of this giant screen, there is a selfie camera with a resolution of 20 Megapixels.

On the back of the phones, the triple camera setup welcomes us. On the main camera side, there was a camera with a resolution of 64 Megapixels. Other cameras are in the form of an auxiliary sensor with 8 Megapixel ultra wide angle and 5 Megapixel resolution, respectively.

Devices that will work with the Android 11 operating system will come with the MIUI 12 user interface. Xiaomi Mi 11 Lite will have a battery capacity of 4,250 mAh. According to the leaks, 33W fast charging support was also included in the device. In the 5G model, 6 / 8GB RAM and 128GB internal storage appeared on the storage side. In the 4G version of the device, there will be 6GB RAM and 64 / 128GB storage options.

Xiaomi featured the Snapdragon 780 processor in the Mi 11 Lite 5G. Although it is not certain for the 4G version for now, the use of Snapdragon 732G is among the expectations.

According to the leaked information, Xiaomi Mi 11 Lite will be released with numbers starting from 279 Euros. The full list of prices is as follows: