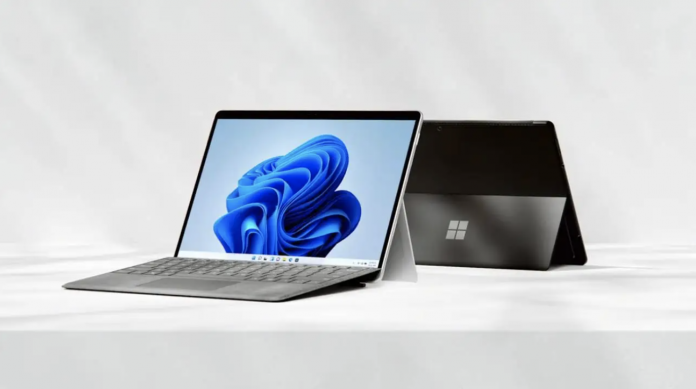 Surface Pro 8, which has been talked about for a while, was finally introduced with the launch organized by Microsoft.

Surface Pro 8, which we have heard many leaks about in the last week, was officially introduced with the Microsoft event. The device, which includes major design changes compared to the seventh generation released two years ago, is also assertive about performance.

Surface Pro 8 is ambitious with the power of Windows 11

If you remember, when Windows 11 was introduced, it was said that this operating system would work well with touch devices. Moreover, this experience was located on the same operating system as our computers that we manage with the mouse. Windows 11, developed by Microsoft to provide a good experience on every computer, is available on the Surface Pro 8.

The new Surface Pro, which can be both a tablet and a notebook, includes the 11th generation Intel Evo processor. It is said that up to 16 hours of use is possible with this processor. The device, which has an all-touch 13-inch PixelSense display, keeps its camera centered above the screen. With this camera, you can also use the Windows Hello feature, which has been in our lives since Windows 10.

The device has undergone an admirable workmanship, especially in terms of thickness. Along with the ultra-thin keyboard, the device itself is also quite thin. Both tablet and notebook devices, which are also defined as 2-in-1, do not have fans due to their thinness. Microsoft naturally resorted to passive cooling, and this cooling system is claimed to provide high-performance cooling.

Surface Slim Pen 2, which is one of the most important accessories in such devices, offers you a realistic experience with the vibration it provides while writing with the sensors inside. You can also easily attach it magnetically to the keyboard.

The Thunderbolt 4 standard, which is now in all current devices, is among the features that Microsoft emphasizes.

To sum it up, we learned these features in the first demo: