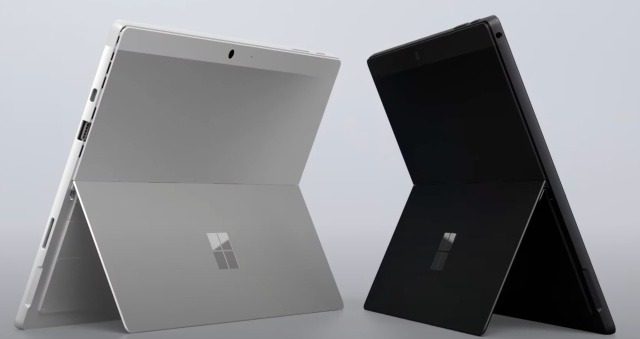 Although Microsoft did not make many big announcements at CES, it made a surprise at CES 2021, which was held digitally. The software giant has renewed the Surface Pro 7 with removable SSD storage, larger battery and LTE support. This new device, named Microsoft Surface Pro 7 Plus, will be sold only to education and corporate customers in the first place.

Removable SSD stands out among the changes Microsoft made. The company underlines that this is a security measure designed for commercial organizations with special data protection standards. It can also be said that the SSD being removable will make the job of system administrators easier.

It can be said that adding LTE is a standard process. However, LTE support is limited to the fanless version with Core i5 processor. Both physical SIM cards and eSIM cards are supported in the LTE compatible version. Microsoft highlights that this support can be used in more than 180 countries.

The Surface Pro 7 Plus is the member of the Surface family with the largest battery capacity. It is stated that the company achieved this by making the screen thinner. It is noted that Microsoft has also improved the thermal system with a larger ventilation gap.

There is also an improvement in processor on the Surface Pro 7 Plus. The device uses Intel’s 11th generation Tiger Lake processors Core i3, i5 and i7 configurations. It is worth noting that only models with i7 processors require a fan.

Netflix may be testing space audio feature for Airpods Pro