All details about the Microsoft Surface Duo became clear as of last week, and the pre-order process for the foldable phone had begun. The first official Geekbench benchmark test result of the smartphone has already emerged.

The base version of the phone, which has a Qualcomm Snapdragon 855 processor, has 6 GB of RAM and 128 GB of storage. It seems that the test was also done with this base version. The scores of the smartphone from the test rise above the overall line of last year’s flagship processor Snapdragon 855.

The foldable phone scores 762 points in a single core and 2867 points in a multi-core. Compared to the Galaxy Fold, which carries the same processor, it is seen that the Duo has a difference of approximately 200 points in multi-core performance. 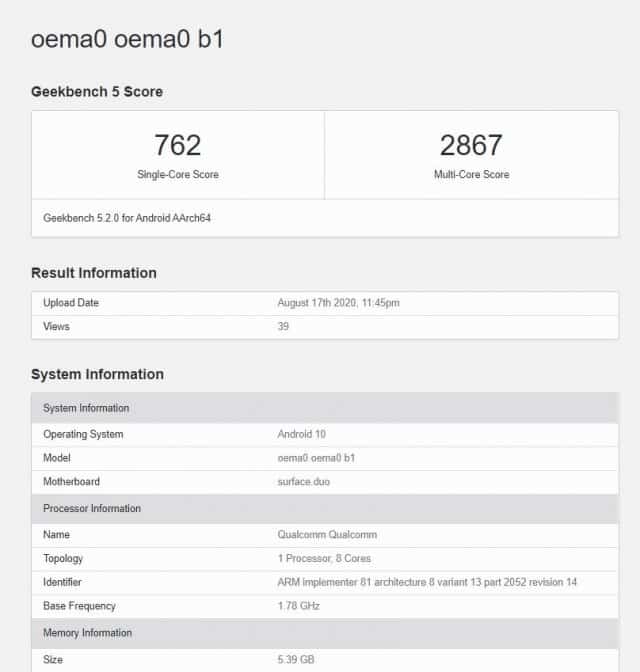 Microsoft Surface Duo has generally received a score close to that of Snapdragon 855 Plus processor devices. This means Microsoft has made some software tweaks to improve performance on the device. What these touches are is currently unknown.

She accuses her teenage son of giving him the virus out

BTS will participate in the Spiral Labyrinth-DNA Science investigation Ost

Ikea and Asus ROG to prepare furniture for gamers

Microsoft Flight Simulator 2020 is out!

Dragon Ball FighterZ, Blasphemous and more at half price