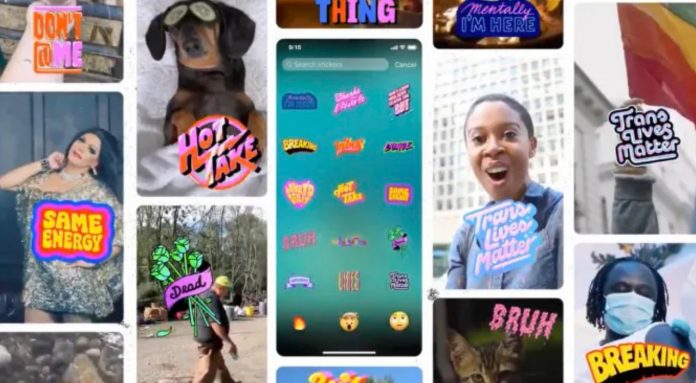 Twitter now allows you to add stickers and GIFs to fleets. The social media company has updated the fleets feature so that you can decorate it with fun stickers without having to use another app. While the absence of the feature does not make fleets unusable, it does offer users a way to add personality to their posts.

Sharing the update with an announcement from the support account, Twitter announced that users can now add GIFs and Twemojis (the term used by the social network for emojis) to their fleets.

Twitter wants to gain a competitive advantage against its competitors

With the new update, all users have to do to use the feature is to reach the whole animated stickers and emojis page by tapping the smiley icon next to the text icon while publishing a fleets.

Users will also be able to search for graphs using the search bar at the top of the interface if they have something specific in mind.

Your Fleets just got an upgrade.

Now you can express yourself in the conversation with stickers. Add GIFs and Twemojis to a Fleet by tapping the 🙂 icon, on Android and iOS. pic.twitter.com/Ihh9ZZh70a

The ability to paste stickers over temporary content has long been a feature that has long been loved on Snapchat and Instagram and Facebook Stories. That’s why it is thought that fleets’ newly acquired feature could convince users to try Twitter.

Twitter states that stickers for fleets can be used on both Android and iOS. However, the feature may not yet be released for everyone. If you still don’t see the option to add stickers to your account, you’ll have to wait a while.

How do you evaluate Twitter’s move for fleets? Do you think it can gain a competitive advantage against similar features of its competitors? You can share your ideas with us in the comments section.

Find out how many hours you’ve played Nintendo Switch

FPV drone video is on the social media agenda!