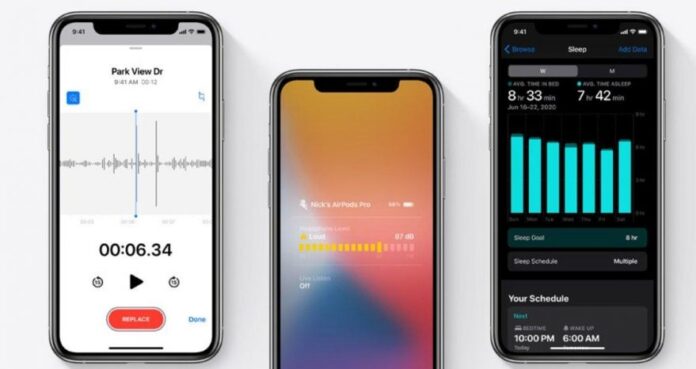 As we all know, Apple introduced iOS 14 on the first day of WWDC20 yesterday. Some features of iOS 14 still continue to emerge. According to the newly revealed details, iPhones will support 4K video playback via YouTube with iOS 14.

Apple introduced many new features with new versions of operating systems in WWDC20, which it held its first day yesterday. After the event where iOS 14, macOS Big Sur and iPadOS 14 versions were talked a lot, today, the unexplained features brought by the new operating system versions continue to emerge.

One of these features, which was not announced at the event yesterday but appeared in the beta of iOS 14 today, is the 4K video viewing feature that will come to iPhones and iPads. Now, with iOS 14, iPhones will be able to play 4K videos on YouTube using Google’s VP9 video encoding system.

The 4K YouTube era begins on the iPhone and iPad:

Although iPhone 11 Pros generally support video playback at 2436 x 1125 pixels and iPad Pros at 2732 x 2048 pixels resolution, iPhone and iPads were only able to play videos on YouTube at 1080p until iOS 14. Users couldn’t even play 4K YouTube videos on Apple TV. With iOS 14, users will now be able to watch 4K videos and broadcasts seamlessly on YouTube. Currently, in the open beta of iOS 14 and iPadOS 14, support for playing 4K video via YouTube has started to be offered to users.

Apple’s lack of support for Google services has long been a disturbing detail for users, but Apple has managed to please Apple users using Google services with the more liberal vision it has acquired recently. Especially with Apple’s ability to choose the default application announced yesterday, users will now be able to choose Google-based applications as default internet browsers and e-mail applications.

With the support of 4K video playback via YouTube, which emerged after this innovation, Apple is able to take the freedom it has started to offer Google services by integrating Google’s VP9 video encoding system into iPhones and iPads. Whether the mentioned 4K YouTube support will arrive on the date of iOS 14 and iPadOS 14 is still unknown. More details about this feature are expected in the open beta of iOS 14 and iPadOS 14 in the coming days.