Home Tech Supersonic Plane That Will Take You In 3 And A Half Hours. 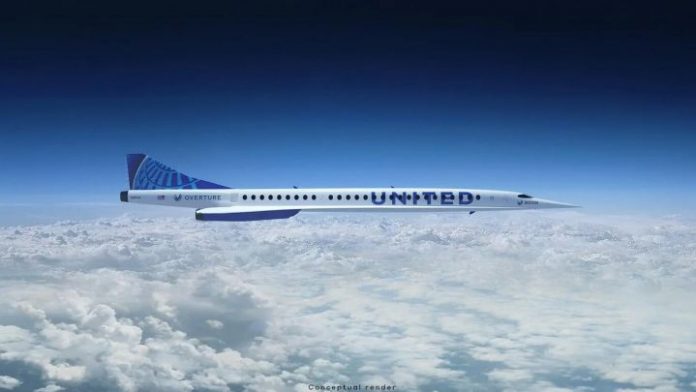 Supersonic: One of the great challenges for aeronautical companies is to reduce the transit time between two points. It is already a success that we do not spend our days in the air or at sea going from one continent to another, but it is true that the time has come to break new records. And this is where we find the latest news from United Airlines and its 15 supersonic planes that cross the ocean in 3 and a half hours.

New planes to go from New York to London in 3.5 hours

Time is one of the things that have the most value and spending a lot of it on a trip can be a problem. Taking one, two or even three hours can be acceptable, especially if we take into account that it will take the same time from the point of destination back to the point of origin. That is why it is always tried that the weather is the less the better when traveling, and now this will be a reality at least for United Airlines users.

And it is that the airline has invested in its fleet with the purchase of 15 supersonic aircraft. These airplanes bear the stamp of the newly created company called Boom Supersonic, who promise to cut the time it takes to reach their destination by half. According to Business Insider, a flight from New York to London will take only 3 and a half hours, while a longer flight such as San Francisco to Tokyo will take six hours. This will be achieved thanks to the fact that they will fly at supersonic speed, specifically at Match 1.7 and all with sustainable fuels according to what the company says.

A bigger fleet in the future

Having new planes to fly further in less time is always an improvement. We will have to wait to know the prices that the company asks for this service, especially if we take into account that United Airlines has a preference to buy another 35 more in the distant future. And now that we talk about the future, the arrival of these supersonic aircraft may take a few years to arrive. And it is that his arrival at the airports is scheduled for 2029, a date that today is a bit long, although the wait will be worth it as long as there is a flight that joins Spain and America.