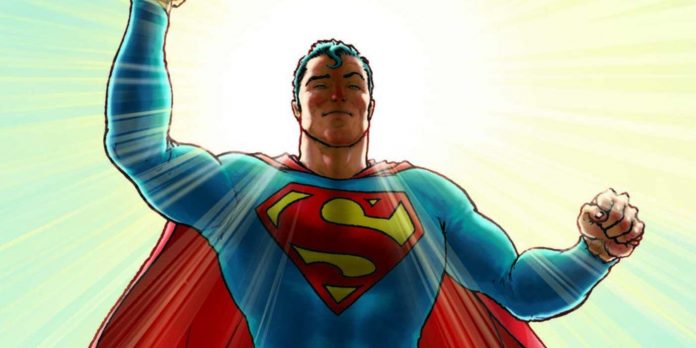 There were many moments when Superman used his enormous strength to save the day. But one tense situation required a different solution, and the Man of Steel needed more than just his strength to end it peacefully.

It’s no secret that when it comes to strength, Superman has perhaps the widest set of abilities among all superheroes. At one point, he may have blinded the world by being faster than a flying bullet or jumping from tall buildings, but Clark Kent lived up to the “super” part of his name and went beyond his old limits. Superman’s abilities have changed significantly since his appearance: he has gained the ability to travel at a speed rivaling Flash, thermal vision, telescopic vision, and many others. The incredible abundance of the hero’s powers, combined with his determined spirit, made an indelible impression on Superman in pop culture.

But what if those credentials were removed? Will Superman still be an impressive hero that fans know and love? This answer came from the pages of Superman: World of New Krypton #3 by Greg Ruka, James Robinson and Pete Woods. Superman has given up his role as defender of Metropolis to keep an eye on the evil General Zod, who has been reassigned to his old position as leader of the Kryptonian armed forces. As commander of Zod’s army, Superman learns of a situation involving the New Krypton Labor Guild, which has taken several members of the High Council hostage. Superman volunteers to talk to the Guild leaders, deliberately shooting himself with a red sunbeam to show that he is not a threat. The guild decides to listen to Superman, who manages to make peace between the guild leader and his aunt Alura.

Superdiplomacy may not be a real force, but even Superman’s villain General Zod pays tribute to Kal-El for ending the confrontation without bloodshed. What makes the situation most impressive is that Clark was ready to enter a situation in which he could easily be killed, but managed to come out with exactly the outcome he had hoped for. Laser eyes may be cool, but Superman’s personal skills can outweigh even his most impressive abilities.

If there’s one thing that superhero comics have tried to convey to their readers, it’s that powers don’t make a hero. Clark can beat up monsters all he wants, but what really makes him a hero is his down-to-earth nature. Superman’s greatest strength will always be humanity, which he constantly demonstrates to his allies, the needy, and even his enemies. He knows that his brute force will not solve really important problems, but empathy and understanding can. Clark is the type of person who deliberately deprives himself of power, just to prove that strong power does not always justify itself. If anything can be taken away from this moment, it’s that Superman realizes that true power comes from within, and no superpowers in the world can compensate for it.

Why “Citizen Kane” is called the greatest movie of all time