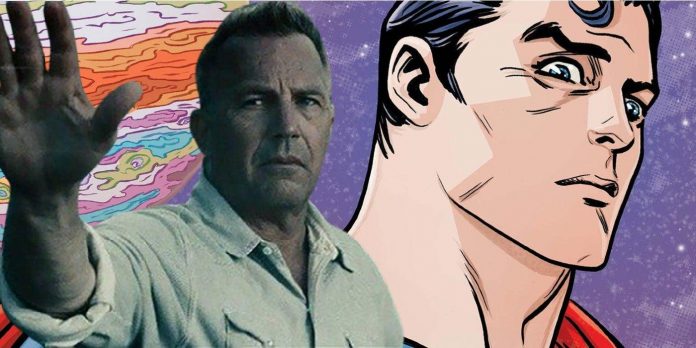 Warning: The following contains SPOILERS for the films “Superman: Space Age #1” and “Man of Steel”.

The new Elseworlds fairy tale starring Superman may give meaning to the controversial version of Jonathan “Pa” Kent presented in the film “Man of Steel”. Many fans of the Superman comics disagreed with the cinematic version of Pa Kent, played by Kevin Costner, who hesitates to encourage his son’s heroic idealism. However, Superman: Space Age #1 makes this idea work by developing his version of Kent’s Pa more fully and convincingly, giving him reasonable motivation to try to instill caution in his son with superpowers.

The 2013 Superman movie “Man of Steel” caused controversy for many reasons, but the controversy over Jonathan Kent was one of the biggest contentious issues. This version of Jonathan Kent was afraid of losing his adopted son and was afraid of how the world would react to the discovery that someone like Superman exists (going so far as to wonder if Clark should let his classmates drown rather than risk revealing himself to the world).). This was a marked difference from how Pa Kent is represented in most Superman comics and media adaptations, where Superman’s adoptive father believes that everyone is obliged first of all to help those in need, especially those who can give more.

“Superman: Space Age #1” by Mark Russell, Mike Allred and Laura Allred also presents a version of Jonathan “Pa” Kent who doesn’t want to see his son seeking an active heroic life. The key difference, however, is that “Superman: The Space Age” details Jonathan Kent’s past as a soldier during World War II and how he accidentally killed a child in the fog of war. The incident left Jonathan Kent with the desire to devote his life to feeding people and raising things, gaining action and adventure. He tries to instill the same values in his son, telling the young Clark Kent that there are many men who considered it their destiny to save the world, and they all made the same mistake, “thinking that saving is their business.”

At first glance, Jonathan Kent, introduced in Superman: Space Age #1, seems to be made of the same fabric as the character from the Zack Snyder movie. Both are loving fathers, afraid of how the world might hurt their idealistic sons. The difference is that Superman’s father in the comics has a more detailed and close position to him, he is less guided by his fear, but hopes to help his son avoid the mistakes that he made in his naivety.

Pa Kent from Superman: Space Age also ends up encouraging his son’s heroic impulses, but restrains them by advising him to see the world and learn about it before trying to save it, which eventually led Clark to become a reporter more directly than in the Man of Steel movie”. More importantly, the young Superman learns early to listen to others before acting. This is a bit of wisdom that can benefit all of us.