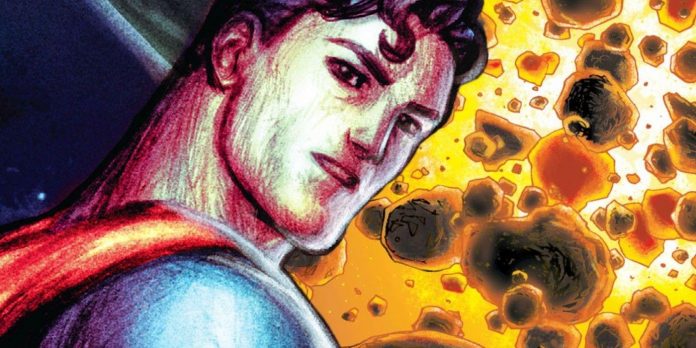 The epic tragedy that marked the beginning of Superman’s legacy is happening again. The preview of Superman: Space Age #1 shows how Clark experiences the death of another homeworld, but with an even darker outcome.

There is not a single comic book fan who would not know about the origin of the Man of Steel. The planet Krypton faced impending destruction, and its only survivor was a baby brought to Earth, where he gained amazing new abilities. The Origin of Superman is one of the most, if not the most famous superhero story of all time. In fact, it’s so important that Superman’s origins are constantly being revisited with new storylines trying to find their own unique addition to his classic beginning.

But it looks like Superman is about to lose the planet again, only this time the result may be more terrible than his origin story. The preview for the movie “Superman: Space Age #1” by Mark Russell and Mike Allred shows Superman in 1985, orbiting the Earth and observing what seems to be a crisis scenario. Meteorites encircle the surface of the planet, causing fiery explosions up to the Fortress of Superman’s Solitude in the Arctic. As the disaster worsens, Clark prepares for the inevitable, saying goodbye to the residents of Kandor and directing the remaining energy of his refuge to power his family’s living quarters. Superman joins his wife and son, solemnly letting them know that this is, in fact, the end. And just as the Kryptonians were powerless to save their world, Superman cannot save the Earth and waits next to his family for the end.

Admittedly, this is a dark start to the Superman comic. For almost all of its history, Superman has been a symbol of hope and has usually been portrayed as a man who fights to the end. But this is Clark Kent, who has resigned himself to his fate and, it seems, he no longer has any hope. Undoubtedly, it is not a mistake that such a harsh moment decided to report how hopeless the situation is, reversing the optimistic beginnings of Superman.

Despite the tragedy of little Kal-El, who left his planet while his family remained on Krypton, in the end this story looks on the positive side. Jor-El couldn’t save his planet, so he decided to send his son to Earth, where Superman could get a chance at life by preserving the spirit of Krypton a little. But Clark doesn’t do that with Jonathan. Although the end of the Earth is fast approaching, Clark is sitting with his family in the last moments of their lives. Perhaps it’s cute that Clark wants to spend the little time he has left with his loved ones, but when faced with the destruction of the planet, instead of trying to keep a spark of hope, Superman created a dark mirror of his classic source.

The best games for PS Plus Premium and Extra (August 2022)

Premiere movies and series to watch this weekend on Netflix